Sometimes the shiny superheroes aren’t enough to confront the darkest evil… sometimes, you fight the darkness with darkness. When a man dressed as a bat won’t do, you need a man who becomes a bat. A creature of the swamp. A demon from Hell. Maybe a Spectre. Definitely a disaffected magic-user who some consider a wizard. And if we’re lucky, a Detective Chimp.

A few weeks ago, word got out that J.J. Abrams’ Bad Robot had taken Justice League Dark under its wing, and today, WarnerMedia announced three series from the production company for broadcast on HBO Max. The Hollywood Reporter broke the story, stopping just short of confirming a show called Justice League Dark.

Instead, there’s “…an untitled drama based on characters in the so-called Justice League Dark universe.” Whether that’s WarnerMedia’s description or the reporter’s, we can’t confirm. But the impression seems to be that the supernatural heroes and anti-heroes of the DC Universe have been cordoned off from the rest. On the other hand, the roster does change up enough that Abrams’ company (no showrunner announced yet) could do something interesting exploring what lies beneath. Just as the late lamented Swamp Thing series on DC Universe featured extended cameos from the Phantom Stranger and Blue Devil, this drama could have one or two central characters encountering others without creating a huge ensemble cast. 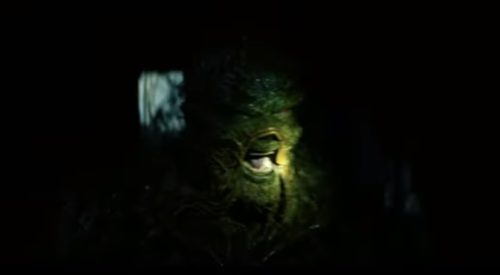 The Stranger wouldn’t work as a central character; he works best in small doses. The CW Crisis on Infinite Earths did establish that characters do look different across the multiverse, so if Matt Ryan is still too busy on Legends of Tomorrow to play Constantine, somebody else could step in here, as heretical as that may seem.

But really, the sorceress Zatanna makes sense, or perhaps the tortured vampire Andrew Bennett. I admit it, though; I’d like them all to be brought together in live-action by Detective Chimp.

A full-rostered version of the team appeared in an animated film in the DC Universe film series, with many of the characters reappearing in the upcoming Apokolips War. For all the years dancing around these characters, they could finally have a strong showing on HBO Max, assuming the streaming service wants to go harder-edged than apparently the DC Universe service wanted to go with Swamp Thing.

Time will tell, as it will obviously be a while before this and Bad Robot’s other series, a Shining spin-off called Overlook and an original drama called Duster, make it to production. HBO Max itself is currently scheduled to launch in May 2020.