Warner Brothers has released the de rigeur movie marketing character posters for their March release of Batman v Superman: Dawn of Justice, and they’re… good character posters. Do they communicate anything about the movie we don’t already know? Probably not. If you’re not excited about this movie, these posters aren’t going to change anything. But if you are… you’ll think these are cool posters. I would have been even more impressed if they’d released posters for Aquaman and The Flash, both rumored to have cameos in the upcoming Zack Snyder film. That way, Warner Brothers might have stolen a little thunder away from Star Wars this week… just a little.

First up, Batman. Clearly, they’re pushing that Dark Knight Returns armor, and that’s nothing we didn’t know, either. For a lot of us, this is the problem: you can’t introduce the contention, the politics, and the vibe of Frank Miller’s work without earning it through other storytelling first. It all plays off of a different understanding of the character that’s based on years of Batman and Superman being friends; the “v” has to come as a sense of one or the other changing. Can’t change what hasn’t existed. And believe me, there are people who still think of Batman as Adam West, and they’re going to be very stunned by this. Though it probably isn’t that far removed from Christian Bale. 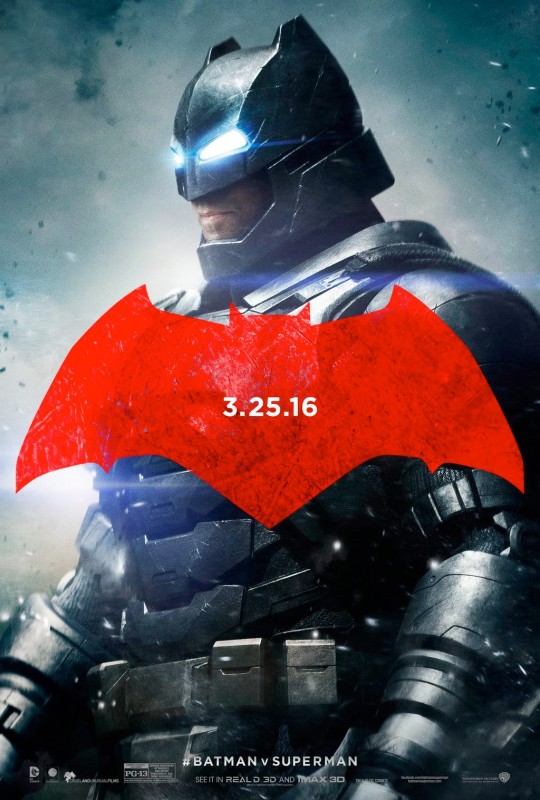 As for Henry Cavill as Superman, at least they’ve gone for a brighter blue than in Man of Steel. But again, and I know this is just a broken record going on here, the “S” stands for Hope. This image stands for Fear, Intimidation, and quite possibly, Uncomfortable Intestinal Bloating. 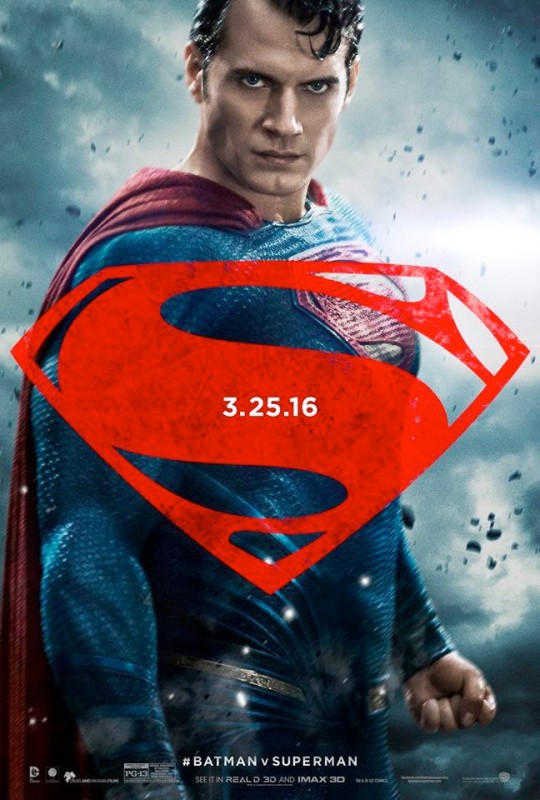 At least there’s Wonder Woman, a largely unknown quantity. Gal Gadot may still appear a bit slender for the role, and the costume a little like Xena: Warrior Princess, but I’ll stand by the question: what else were they supposed to do? She’s a warrior of Themyscira; Xena was definitely hailed as a Wonder Woman-ish character when she first appeared (and Lucy Lawless would have been an excellent Wonder Woman; she’d make an amazing Hippolyta). At least Diana appears more confused than angry here… and I can agree with the confusion. Why not just launch her in her own solo vehicle first? 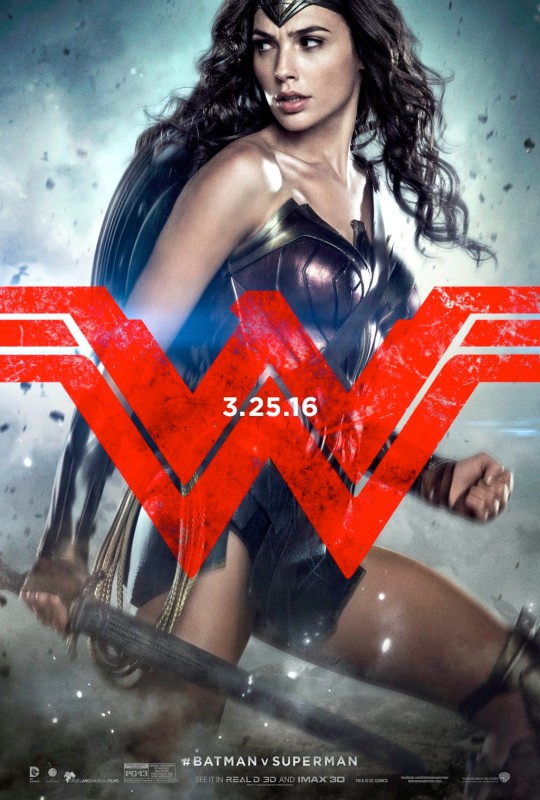