Because every time a new event occurs at DC, a new costume must appear, Superman is getting a slight make-over. Artist Tom Derenick posted this over the weekend, a style guide based off of designs by publisher and superstar artist Jim Lee. It does seem to be trying to meld things people like — believe it or not, there’s a whole generation that thinks the red trunks are stupid, so … I think they’re gone for good.

Also gone for good is the militaristic collar that Lee designed (for almost every  character) when Superman got his New 52 make-over. Instead, from the waist up Superman looks like Superman again – right down to the “s” curl. He’s not dressed for Kryptonian battle — he’s a superhero. Maybe by the time he comes back from the dead in the movies, Henry Cavill will have something more akin to this.

That big S means hope, after all. 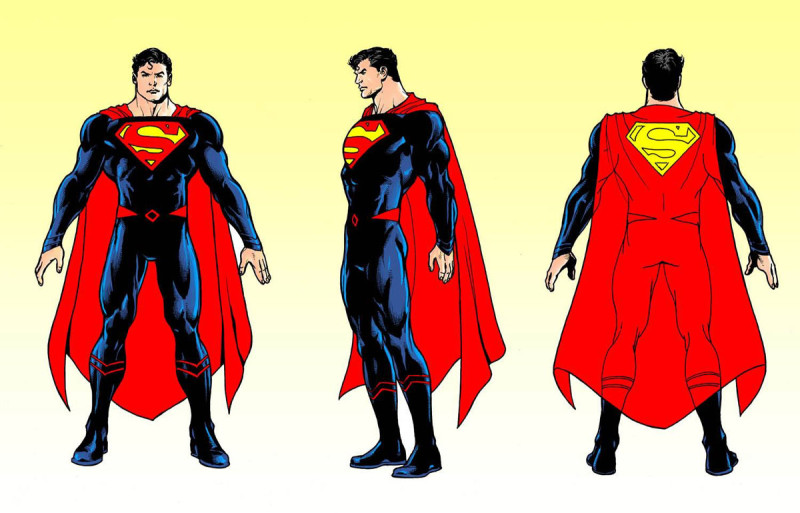