Disney CEO Bob Iger may have had to lower shareholders’ expectations for the financial success of Rogue One, but the trailers only keep raising ours for the cinematic success of it.

Though it’s on the nose, we’ve got an arc from trailer to trailer — in the first trailer, Felicity Jones’ Jyn Erso coldly says “I’m a rebel,” and here, it’s echoed in a much warmer acceptance of her squad. We’re hitting the notes that Star Wars is supposed to play on us. Maybe it’s not the war movie that we had hoped, and maybe Disney was wrong to make it more in line with the other films, but… damn. Even The Empire Strikes Back hit us in the heart, so it looks like this will, too.

And once again, I feel like this is the “aliens from a thousand worlds” that the original Star Wars trailer promised us in 1976 — as in actual diversity, not characters designed for a toy line. (Yes, it’s both, but let’s put cynicism aside for just long enough to savor this trailer.) 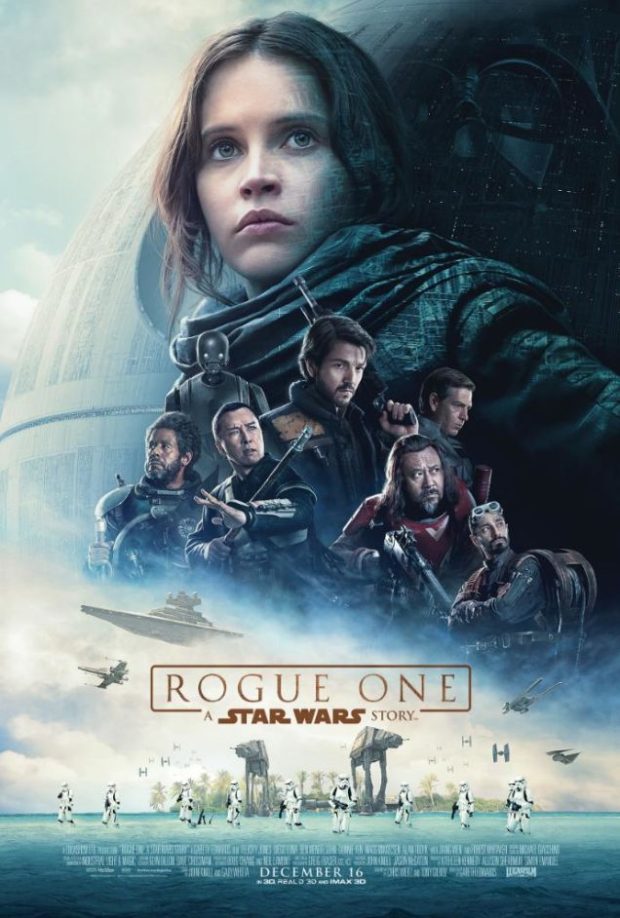 About Derek McCaw 1943 Articles
In addition to running Fanboy Planet, Derek has written for ActionAce, Daily Radar, Once Upon A Dime, and The Wave. He has contributed stories to Arcana Comics (The Greatest American Hero) and Monsterverse Comics (Bela Lugosi's Tales from the Grave). He performs with ComedySportz San Jose and ShakesBEERience, in addition to occasional screenwriting and acting jobs. If you ever played Eric's Ultimate Solitaire on the Macintosh, it was Derek's voice as The Weasel that urged you to play longer. You can buy his book "I Was Flesh Gordon" on the Amazon link at the right. Email him at editor@fanboyplanet.com.