He practically willed this film into existence. But Dwayne Johnson may be taking the role of Black Adam a little too much to heart. If you were walking through Times Square on Sunday — and honestly, I’m not sure how many people were — you would have been greeted with the booming sound of Johnson intoning “the balance of power in the DC Universe is about to change…” and every electronic billboard shifting to the Black Adam logo.

You don’t have to imagine it, because of course Johnson tweeted it.

The hierarchy of power in the DC Universe is about to change. #BlackAdam⚡️#ManInBlack @blackadammovie pic.twitter.com/MvqadvulSR

So now you know. July 29, 2022. Which is also apparently the release date for Indiana Jones and the Raiders of the CVS, but I’m going to bet that Disney dare not go up against The Rock. After all, that man’s going to be President someday. 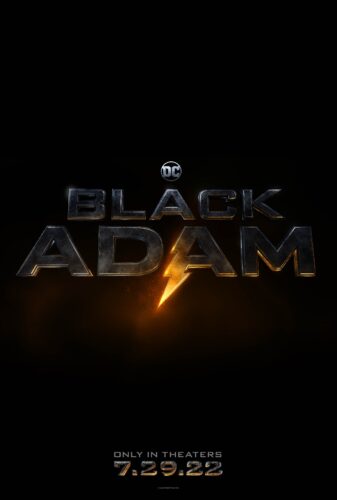