When Amazon announced they would be reviving The Tick, there was much rejoicing. The short-lived Fox sitcom, created by Ben Edlund from his comic, produced by Barry Sonnenfeld and then starring the absolutely perfect Patrick Warburton, was another in a long line of “Fox cancels EVERYTHING I LOVE!” stories. (See: The Adventures of Brisco County, Jr., Firefly, Fringe… oh, wait a minute…) In just a couple of weeks, we’ll see if it’s everything our memory has built it up to be, as Amazon will release the pilot to Amazon Prime subscribers on August 19.

Though Warburton is executive producing, it’s Peter Serafinowicz stepping into the muscled blue suit, and it looks… well, not as clean in lines as the old one. But Amazon did promise — or threaten — that this version of The Tick would be grittier than the old. Because a superhero spoof ALWAYS benefits from grit. Edlund is back as producer and writer and… we should trust him. Because he has learned a lot about making television work in the intervening years. 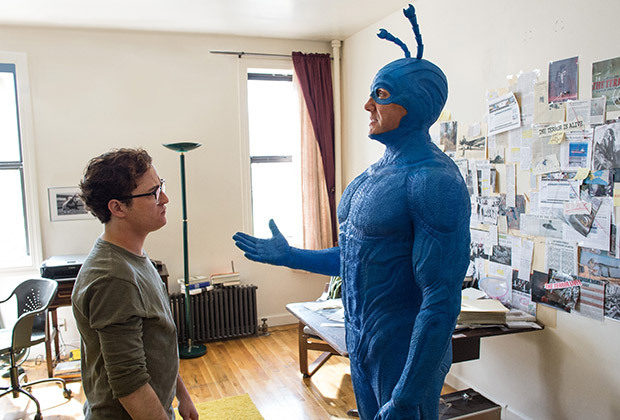 It’s also possible that one of the reasons we love shows like The Tick is that they hit the mark right off the bat, and there simply aren’t enough episodes for the show to have turned bad. This new version borrows a few concepts from the previous one — Jackie Earle Haley appears as “The Terror,” who also, I think, showed up in the animated series. In both of those incarnations, he was the oldest supervillain around, having first attacked Teddy Roosevelt. (And spawning one of my favorite Warburton lines, when calling The Terror in the retirement home — “you’re an Adolf QUITler…”) 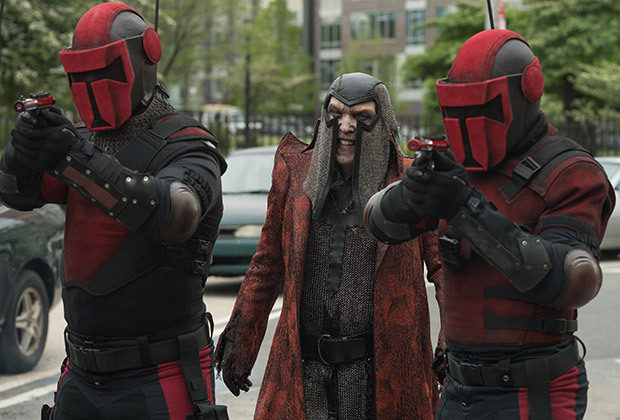 In addition to Serafinowicz and Haley, Griffin Newman stars as Arthur, The Tick’s sidekick, though no pictures released show him in the famed moth suit. Valorie Curry will also star in the series as Arthur’s sister Dot, and Brendan Hines will be a so-far unnamed superhero along the lines of the previous series’ The Champion. (But it’s been a hallmark of every incarnation of The Tick to have different hero parodies around him.)

All photos courtesy of Amazon