We’ve just heard from Archie Comics that they’ve cast the role of Fred Andrews, father to America’s Favorite Teenager Archie Andrews, on the CW series Riverdale. In comics, the character is pretty much a 1950s stereotypical middle-aged man. You might think Mark Addy, Jeffrey Tambor, or some character actor like that. But this is The CW; even the mundane people are beautiful.

And so the series has reached into the teen serial drama past and brought one of the giants of the business — Luke Perry. Once upon a time he resided in Beverly Hills 90210, but now he’s a patriarch in Riverdale. To be fair, Perry has long carved out a niche as a character actor; he just feels a little glamorous for the way we’ve always perceived Fred. Compare for yourself: 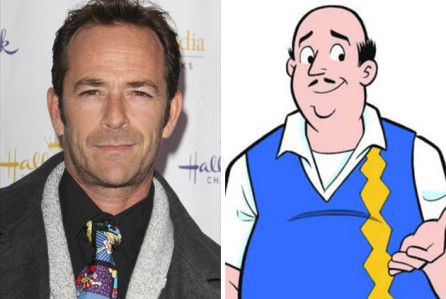 There will be some smoldering looks between construction company owner Fred and his wife, that’s for sure.