For fans of both the comics and the Marvel Cinematic Universe (MCU), it’s a no-brainer to want Spider-Man to join the Avengers. Our own podcast producer Ric Bretschneider has expressed the wish many times.

In the wake of the hack on Sony last month,a series of leaked emails revealed that yes, Marvel and Sony had also expressed the wish, but failed to come to terms. After the perceived failure of Amazing Spider-Man 2 (still taking in over $700 million globally), Sony studio executives sat down with Marvel to see what could be done. 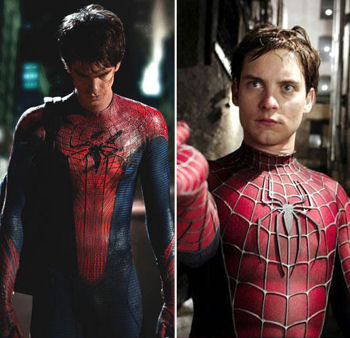 Unfortunately, we also learned that talks broke down, and that Sony intended to move forward flailing about to create their own cohesive superhero universe all built around Spider-Man. (Which Marvel proved is possible in comics with their current series Spider-Verse, but that’s all just a bunch of alternate universe Spider-Men.)

The public revelation allegedly made Sony executives in Japan very unhappy. Recently, rumors swirled that they requested their American studio counterparts to return to the table and try again to reach a deal to integrate Spider-Man with the more artistically and financially successful MCU.

Simply, Marvel Studios wanted to bring Spider-Man over for the third Captain America movie, now subtitled Civil War. (Because, as many have noted and we did right at the beginning, this is all one big sprawling epic, not just a bunch of separate franchises.)

In the comic book mini-series Civil War, Spider-Man played a pivotal role by revealing his secret identity to the world. For the MCU, that wouldn’t seem to carry as much weight. At this point, they technically don’t have any heroes with secret identities. (The upcoming Netflix mini-series Daredevil may change that.) Why bring in one lone masked hero just to have him reveal his secret? And like Age of Ultron, it’s more likely that the Marvel movie just appropriates a nifty title rather than a plotline.

If Kevin Feige ever thought that Spider-Man could be integrated in time, he has likely changed his plans. Pre-production on Captain America: Civil War has already begun.

However, Latino Review blogger Da7e believes that Feige still has plans for our friendly neighborhood Spider-Man, and they actually involve Avengers: Infinity War Part 1. (Follow the link at your peril — therein lie major potential spoilers for the future of the movies.) 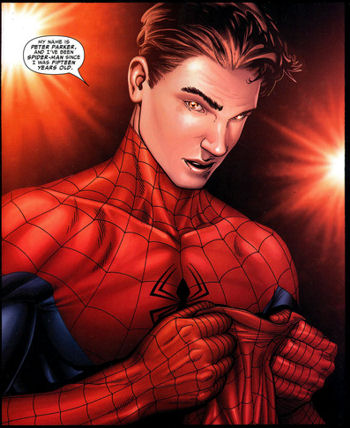 Considering his track record, I’m inclined to believe that this time, the rumors are true. And Marvel could easily have Spider-Man join the Avengers without a lot of fol de rol — is there any moviegoer remotely interested in Spider-Man who doesn’t know who he is?

The question, though, actually is who is Spider-Man. It certainly won’t be Tobey Maguire, as some fans keep hoping. It likely won’t be Andrew Garfield, who allegedly has borne the brunt of the blame in executives’ heads for the movie failures. He also hasn’t done much to endear himself to execs, though I’ll absolutely stand by that he is a fan and has been great within the community.

They could have vague references to the previous Spider-Man if they wanted, and by that time, it won’t be without precedent. Slowly and subtly Marvel has introduced the idea that a lot of things have been happening in the movie universe that we’ll never see. Stephen Strange is already a known quantity. If the rumors about the plot of Ant-Man are true, Hank Pym was running around as Ant-Man in the sixties and early seventies.

So why not just let Miles take the mantle? It would also be a trope that the MCU hasn’t yet tackled: what do these more experienced heroes do with a teenager handling great power and great responsibility? (Okay, Age of Ultron might take a similar tack with Quicksilver and the Scarlet Witch — but they’re still going to be very different cases.) 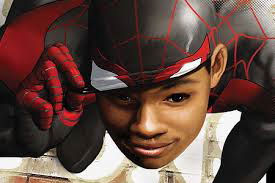 Personally, I like Andrew Garfield as Peter Parker. A lot. But Marvel will want to put their own spin on the character, and should do so. Miles makes sense. He has no baggage in movie-goers’ minds, and he would bring a good shot of inclusiveness to the team.

As always, we have no special knowledge, no phone line to Feige. What will be will be. But wouldn’t it be cool?