Disney dropped a new trailer for Wreck-It Ralph 2: Ralph Breaks the Internet, and it highlights footage that some D23 attendees got to see last summer. It also highlights that we are one movie closer to Patton Oswalt’s famed Star Wars/Marvel crossover rant coming true, because this is the crossover we’ve never known we were going to get. Disney Princesses, superheroes, and Stormtroopers combine in a maddening miasma that has to be overwhelming for Ralph, but not for Vanellope. She holds her own with the Disney Princesses, each one voiced by their original actresses (where possible). We also know from last summer that Anthony Daniels will appear as C-3P0.

It looks fun, and there are days I’m totally with Ralph. Ralph Breaks the Internet opens Thanksgiving weekend, 2018. 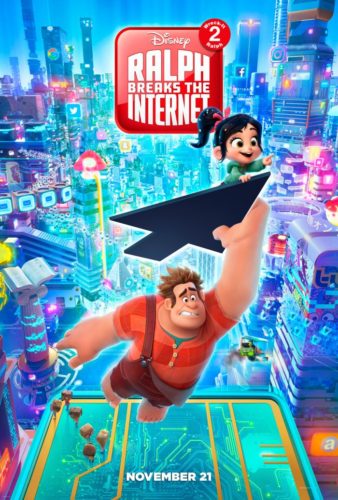