Fanboy Planet broadcasts from the Silicon Valley. There’s this show Steve Wozniak puts on called the Silicon Valley Comic Con. We even did a podcast from it last year — maybe you were in the audience. With the 2018 convention season ramping up, it’s time for us to start talking about the convention in our back yard, so to speak. This year SVCC offered site affiliations — which means that you can use the link found here on Fanboy Planet to purchase tickets for the convention in April! We are a Silicon Valley Comic Con affiliate. Tickets purchased using the affiliate link below earns us points toward #SVCC affiliate awards. (Basically, a little swag so that we can represent.)

A show featuring comics, movies, TV, and science, SVCC celebrates imagination in all its forms and possibilities. Or as they put it, they’re celebrating the Age of the Geek by bringing together America’s two greatest superheroes: pop culture and technology. In 2018, it covers three days — Friday, April 6, from 5 to 9 p.m. (after work in beautiful downtown San Jose), Saturday, April 7 from 10 a.m. to 7 p.m. and Sunday, April 8. from 10 a.m. to 5 p.m.

Last year it even expanded beyond the San Jose Convention Center into a glorious street celebration, and because it’s in downtown San Jose, there’s opportunity for more events beyond the convention center hours.

Entertainment and technology intersect, and the guests and the activities have been great. So check it out! 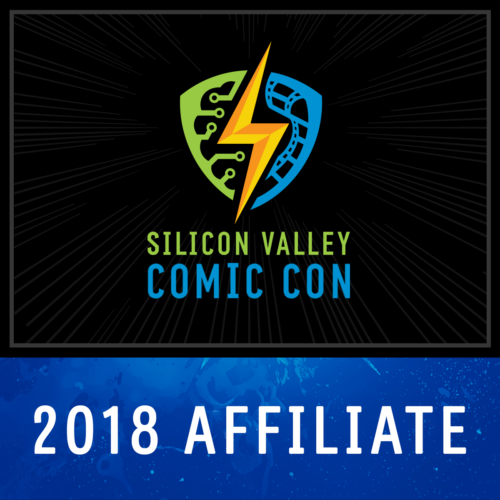