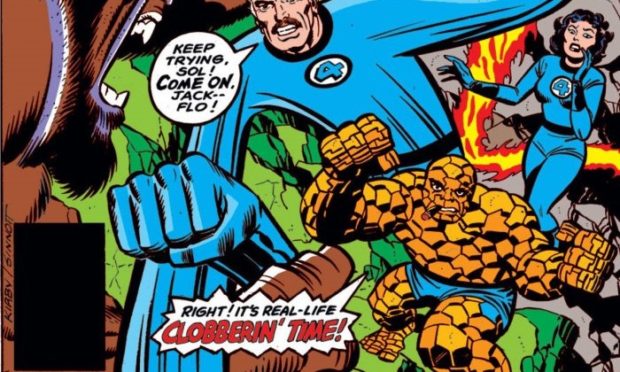 You love the Fantastic Five, don’t you? Or the time that Loki found Thor’s hammer first?

If the report from Slashfilm.com is true (they claim to have three sources), Kevin Feige plans on making an animated What If? series for Disney+. Based on a fun comics series started in the 1970s, What If? asks those questions kids always did about continuity and plays out the scenarios. Back in 1977 it hit with What If Spider-Man Joined the Fantastic Four?, focusing on the pivotal moment in the first Amazing Spider-Man #1 when Peter Parker tried to join as long as there was money involved.

According to the report, Feige wants to directly adapt What If? Vol. 1 #47, which asks “What if Loki found the hammer of Thor? That makes sense as, right now, one of the only MCU actors committed to work on Disney+ is Tom Hiddleston, who will be in a live-action Loki mini-series. Whether or not Marvel Studios could bring other film actors into the fold or simply recast remains to be seen. It’s doubtful that Robert Downey, Jr. would voice Tony Stark, though you never know.

With animation, Feige can really shoot for the stars. Marvel Television, run by Jeph Loeb, has already committed to four animated series for Hulu, including a Kevin Smith-produced Howard the Duck.