Because we still have high hopes for this movie, DC Films’ opportunity to right the alleged wrongs done by the last three DC Comics adaptations they’ve done. The posters we’ve been getting in US movie theaters have been straightforward — this international poster looks very much like the ones Marvel have done. Then again, doesn’t all movie marketing slide toward this?

Credit to Warner Brothers, though, for one way this doesn’t look like the Marvel posters. It is a female character front and center, with Gal Gadot looking totally bad-ass, and Chris Pine looking like he’s wondering how he could possibly appear in the sequel. 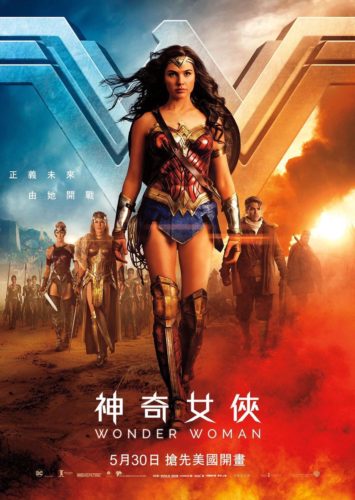 We get Wonder Woman June 2; looks like other markets get it May 30.