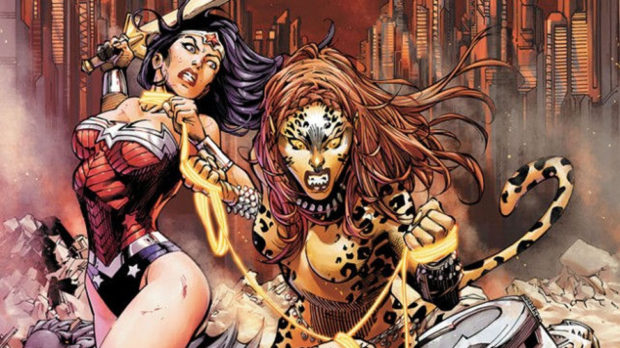 Patty Jenkins tweeted confirmation this morning that the Cheetah will be a main villain in Wonder Woman 2, and that comic actor Kristen Wiig will play her.

So excited to confirm the most thrilling news. Yes! It’s true! So incredibly lucky to welcome the sensationally talented Kristen Wiig to our Wonder Woman family. Can’t wait to finally work with one of my favorites. And SO excited by what we have planned. #Cheetah!!! @GalGadot pic.twitter.com/Gn0jICiIAH

It was an easy call to make for the Cheetah as the antagonist for Wonder Woman 2 (and we did). What we could not have predicted was what seems like a left-field choice, but a great one. Though she hasn’t been given much opportunity for it on film, Wiig has done some strong dramatic work — notably in The Skeleton Twins. Plus this is a role that could easily require a combination of drama, darkness, and over the top lunacy. (Portrayals of the Cheetah’s mental stability vary from book to book.)

The rumors have been that the film will take place in the 1950s. Sure, that could still be true, but now that Wonder Woman is firmly established in the modern world via Justice League, we might see this as modern day. Though Wiig could totally play archaeologist Barbara Minerva as one of her patented early 1960s characters, donning an air of cocktail club sophistication that masks the savage beast within.

The Warner Bros. film is scheduled to begin production in a few months.