Starting in April, the comics selection will expand drastically, to over 20,000 books. (We’ve been predicting this move on the podcast for a while.) That number will only increase as they continue scanning. It takes time. But to still support the direct market, no titles will be newer than 12 months old.

Not to give short shrift to Titans or Young Justice, but Doom Patrol really raised the bar on what can be done with a superhero show, when the audience is made of people who definitely know the source material. And the catalog is only going to get stronger. Though DC Universe hasn’t yet released a photo of Derek Mears as Swamp Thing, the James Wan-produced series will debut May 31. (And the Alan Moore run, Saga of the Swamp Thing, is conveniently available on DC Universe.) 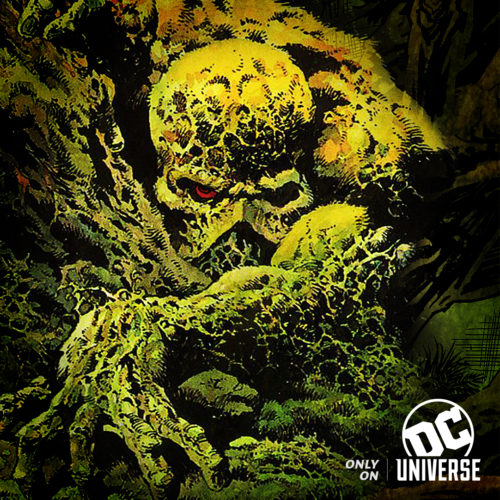 Following that in the summer will be the second half of this season of Young Justice, and then season 2 of Titans will hit in the fall. But next week, the first season of Krypton will arrive, in time for people to catch up before Syfy runs Season 2 this summer. On April 16, Justice League vs. the Fatal Five will be available to subscribers. It premiered tonight at WonderCon, and it’s a lot of fun.

In 2020, we’ll be getting Stargirl and an animated Harley Quinn series. To whet our appetites, DC Universe released a picture of Brec Bassinger as Courtney Whitmore/Stargirl, and you don’t have to look too closely to notice that S.T.R.I.P.E. is standing behind her. The robot manned by Courtney’s stepfather Pat Dugan (Luke Wilson) looks massive. 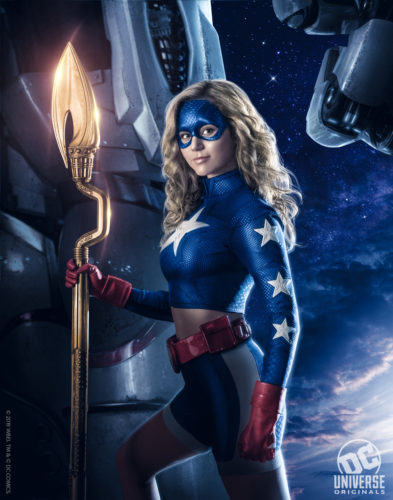 Is the DC Universe value as massive as S.T.R.I.P.E.? Just maybe. I may be too busy catching up on old comics to do the math.