Each issue of Stray Dogs (after the first) has gone right to the top of my reading pile. Created by Tony Fleecs and Trish Forstner, with Brad Simpson and Tone Rodriguez filling out the artistic team, this book is not what you think it is. Or maybe you’ve heard, so it is. But it defied expectation, and I don’t want to say any more for fear of spoiling anything. It may look like a Disney comic, but it’s not. That it sold out at the distributor level makes absolute sense. Pick up a reprint. Pick it up digitally. PICK IT UP! 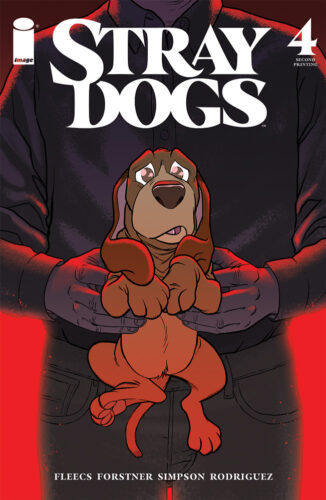 Stray Dogs #4 by Tony Fleecs and Trish Forstner—which just landed in stores last week—as well as Stray Dogs #1, have sold out completely at the distributor level. Image will fast-track both issues for reprints in order to keep up with overwhelming demand for the much talked about series.

“When Trish and I were cooking this thing up, texting drawings of dogs back and forth on scraps of notebook paper—we knew we were making something cool but we never imagined this many other people would think it was cool too,” said Fleecs. “Stray Dogs #5 is a big one—big action, big drama. It’s the end of our story and we’re excited that all of the other issues will be back in print & available when it comes out next month.”

In Stray Dogs #4, time is running out. Hackles are raised, tensions are high, and nobody’s had a thing to eat. When the Master’s away, the dogs will drag everything awful into the light. And the awful truth is nobody’s coming to set them free. 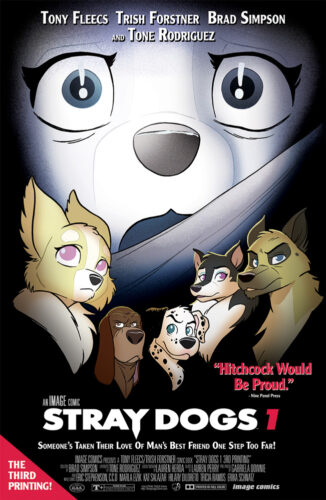