There’s a monster inside all of us. At least, there’s the potential. For Marcus Milton (Trevor Long), returning to his family home in Maryland may be unlocking it — something vaguely insect-like, and definitely, definitely hungry. And what it wants may be his 17-year-old niece Lily (Andrea Chen).

It’s clear from director Owen Long’s opening sequence that Marcus knows full well what he is, even if we don’t. But he also retreats home in order to get it under control. He should have just gone to counseling, because his family home and the area around it awaken the creature. It might all be in Marcus’ mind, but he allows it to manifest in his actions, endlessly trying to rewire the house without really trying to rewire himself. I’m not an electrician, but even I could tell early on that what he was doing was just quietly obsessive, not helpful.

His brother Michael (Chris McGarry) knows something is wrong, but he’s got his own problems, so easily accepts Marcus’ reassurances. When Michael needs to go away with his wife, he is grateful that Marcus lets Lily and her younger brother Spencer (Garr Long) stay at the family home. And so things get darker and worse. Sometimes, late in the night, both Lily and Spencer recognize the monster that their uncle has inside him — but it gives Lily a dark thrill.

This could be a psychological thriller, or it could be a dark fairy tale the way the Brothers Grimm originally meant them. Director Long and screenwriter Steven Weisman purposely play it vague, which does build tension. It’s hard to say which way would be worse — is it all in Marcus’ mind, or are those sharp-ended tentacles really part of him? Either way challenges the audience, which Seeds fully intends to do.

It’s a patient film, well-composed. Long stretches of the film play out without dialogue, soaking in the sweatiness of guilt and a New England summer. Often the dialogue thumps with mundanity, which only serves to up the creep factor. Sure, it could be innocuous that Uncle Marcus never forgets Lily’s birthday, and always has root beer floats ready. But as the story unfolds, those early remarks echo more darkly.

As Marcus, Trevor Long appropriately seems uncomfortable in his own skin, while also bringing an everyman quality that hearkens back to Harry Dean Stanton. The only reality we can be sure of is that there is something broken inside of Marcus.

The creative team’s shorthand description of the film is “Lolita meets The Shining,” but that’s just movie-speak. Seeds is its own creature, but no less haunting and disturbing. 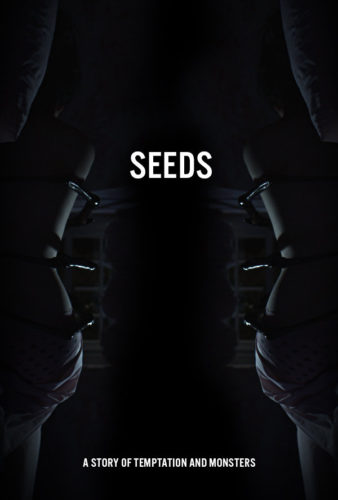