I don’t know how involved Geoff Johns will really be, but considering how invested he is in both the characters of this book, it’s hard to imagine him completely letting go. After writing epic after epic with Hal Jordan, Johns created Simon Baz, a Muslim-American Lantern from Detroit who should be more popular as a character than he is, and in the wake of Forever Evil, added Jessica Cruz, a reluctant young woman given possession of the Earth-3 power ring. As Power Ring, Jessica is currently a member of the Justice League, struggling with the evil entity that grants her the green light.

In Rebirth, the two characters will share the spotlight as Green Lanterns (we’ll assume Jessica will just take that name); at least one of them isn’t tied to the Guardians of the Universe (at least, not yet), so this one could feel different. 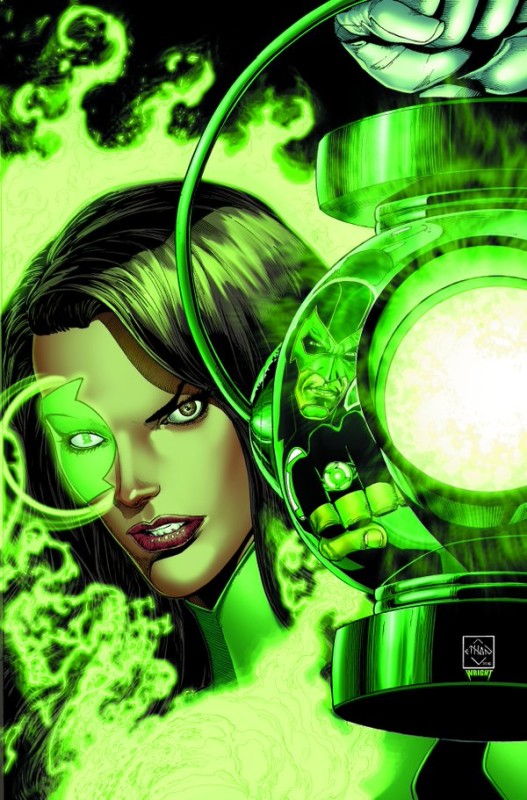 Why am I doubtful Johns is 100% involved? Because Sam Humphries (Marvel’s Legendary Star-Lord) is announced as the writer, and as CCO for DC, Johns has a lot of projects going at once — like a cinematic universe to try and keep under control. No matter; of the two Green Lantern-related titles, this one feels the most different and new, so I’m more interested in this than, sorry, the Corps itself. Humphries, Johns, and artists Robson Rocha and Ardian Syaf will begin spinning their tales twice monthly beginning in June.