It’s been a long journey from the 86th Floor to television, though Doc Savage did have a working television prototype in 1933. According to Deadline, Neal H. Moritz’ Original Film has partnered with Sony Pictures Television to develop the Man of Bronze’s fantastic adventures into a scripted series. Though Sony and Original Film had been trying to produce a new Doc Savage film for years — hiring Shane Black to write and direct in 2013, and casting Dwayne Johnson as Doc — they’d had a few obstacles, though none caused by John Sunlight.

Moritz eventually realized that with well over 200 novels and novellas, the venerable pulp hero would make a dynamite hero for the modern era of television. And his Original Film has already shown they know how to adapt the fantastic to the format, with Happy!, Preacher, and The Boys all recent successes. Condé Nast, the current rights owners, will co-produce with Sony and Original. 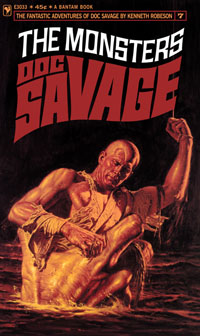 In the Deadline article, they describe the scripted series as “…featuring rampaging dinosaurs, secret societies led by dastardly villains, fantastic gadgets and weapons, death-dealing traps, hair-raising escapes, and plots to rule the earth.” All fair, though there are only a couple of stories with rampaging dinosaurs. But there are plenty of plots to rule the earth.

First published in 1933, Doc and his Fantastic Five fight evil from his 86th floor headquarters (let’s assume the Empire State Building). The predecessor and major influence on Superman mythos, Doc’s real name is Clark Savage, Jr. (The Shadow is Kent Allard, so… you figure out the coincidence.) From time to time, Doc also retreats to his Fortress of Solitude in the Arctic, where he works on inventions and innovations to better life for mankind. 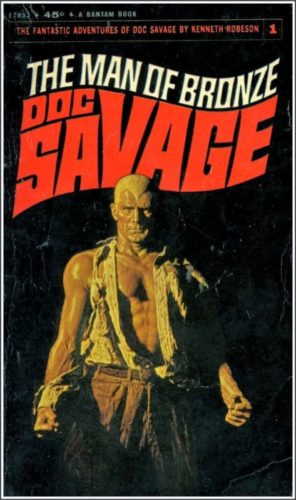 This isn’t the first time Doc Savage has made the transition to other media. Obviously, he has knocked around the comics industry since the 1940s, more than once ending up at both Marvel and DC. In 1975, Warner Bros. produced a film starring Ron Ely, but it was campier than fans would have liked, and so no sequels followed. 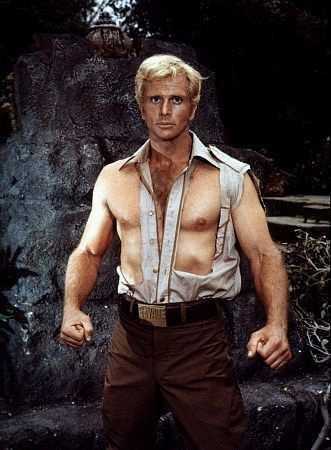 We should have known something solid was up when the company withdrew the rights to their characters from Anthony Tollin’s Sanctum Books, which had been reprinting the original pulp stories of Doc Savage and The Shadow. You may also note that despite some success recently with Doc Savage: The Ring of Fire, Dynamite Publishing has not continued with the character, either. But as this develops, we may be seeing more Doc Savage content in the future.

As this is still in the beginning stages, there’s no word on which network would pick this up, but my money’s on Netflix.