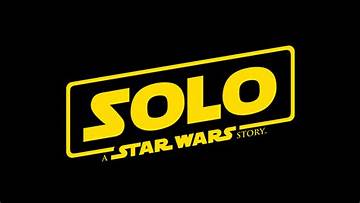 Solo : A Star Wars Story simply didn’t live up to box office expectations. But why? Star Wars films are supposed to be infallible. Indeed, when Disney shelled out around $4 Billion for Lucasfilm in 2012, after already acquiring Marvel, it seemed that Disney had achieved the ultimate cash cow. Was Solo an aberration or was its opening weekend failure a bigger trend going forward for the Mouse House?

Disclaimer : Well, two disclaimers. 1) I did enjoy the film very much, but my bias about the film hopefully does not preclude me from at least asking questions as to why the film didn’t succeed, and 2) It has been only one weekend; the legs of the film could prove to be successful.

The film was tracking to make around $150 million for the Memorial Day Weekend in the United States. It fell way under expectations, earning around $100 million for the 4 day weekend. In the modern age of film where overseas territories often save films, it bombed there with an unbelievably low $68 million in all international territories. With a budget of a reported $300 million with all of the reshoots, plus marketing worldwide it will have to gross a reported $500 million to break even. Though by selling tickets, toys, merchandise and eventually home video, Disney will almost undoubtedly make that goal, the comparisons between this film and other Disney films in terms of box office is astounding.

First, one of the main issues with the film was the troubled production behind the film. Original directors Phil Lord and Christopher Miller (21 Jump Street, The Lego Movie) were replaced by Ron Howard, with around 3 weeks left of shooting. Putting aside whether a Han Solo movie is a good idea in the first place, anytime such a high profile film has this much behind-the-scenes drama attached, word spreads across the internet. Howard reportedly shot and reshot around 80% of the final film. (Notably, Lucasfilm had done this previously with Rogue One, bringing in Tony Gilroy to help reshape the film. Yet original director Gareth Edwards stayed onboard during reshoots and was credited as the sole director).

Indeed, the film was marketed much differently than other Disney tentpoles; we didn’t even see one piece of marketing until the Super Bowl, around 3 months before the film’s release. For past films we had seen teaser trailers as far out as 6-8 months. As far as the critical consensus of the film, it is divided. It has earned an A- from Cinescore, while all of the previous Disney/Lucasfilm’s all earned A’s. 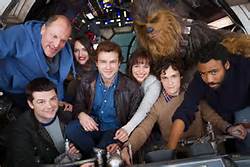 Secondly, Star Wars fatigue. I know, crazy, right? It took 22 years to get the first 6 Star Wars films, yet Disney has pumped out a new one every year. Plus several TV shows on the horizon, including Star Wars Resistance  and the untitled Jon Favreau series, which will likely be for the upcoming Disney streaming service. The difference between Solo’s release date is it comes a mere 6 months after The Last Jedi. Was 6 months too soon between Star Wars films?

The counterargument I hear to this is Marvel Studios, Disney’s other conglomerate. My argument to that is Marvel is several franchises under one umbrella, with team up films. So far the Disney/Lucasfilm collaboration has really only told stories about the same group of characters and events. Even its most original piece, Rogue One, while had entirely new characters for the most part, it still tied back into a larger part of Star Wars lore. Marvel’s characters are spread out with their own films every 3 years on average, and randomly team up for big event films, like Infinity War. Should Lucasfilm go back to focusing one solid storyline releasing one film every 2-3 years? Is every year over-saturation of the product?

Another factor could have been the release date, Memorial Day weekend. On top of the fact that they released Solo six months after The Last Jedi as mentioned above, Memorial Day weekend is notoriously a slower weekend for cinema goers. The highest earner of Memorial Day weekend is Disney’s own Pirates of the Caribbean: Dead Men Tell No Tales. Marvel Studios helped Lucasfilm out a little by moving Infinity War up a week, but Deadpool 2 opening a week in front of Solo obviously wasn’t going to help. Needless to say, five weeks on Infinity War is still tracking to be the monster that we all thought it would be.

Would it have helped to move Solo back to Christmas, where the other Disney/Lucasfilm releases were? The main competition right now in Christmas 2019 is Disney’s own Mary Poppins Returns; would it have been better to move Mary Poppins? The only other major studio picture in the same genre coming out in December is DC’s Aquaman, and it’s anyone’s guess at this point how that will play out after the disaster that was Justice League.

Yes, December is beyond crowded with films and options from the end of November creeping over (including Disney’s Wreck-It Ralph 2, does anyone see a trend?). Yet, having Star Wars as an annual December release might make more sense, as the event film mostly by itself in the holiday season.

One of the other factors that I don’t think is getting enough attention is what happened this past weekend in the sports world. For the casual viewer, making a choice to watch sports or go to the cinema is a real choice. Friday through Monday there was an NBA playoff game every night, while game 7’s on Sunday and Monday night drew record ratings. In the international market, Saturday had the Champions League Final, which is the Super Bowl of European soccer (studios aren’t releasing tentpoles on Super Bowl Weekend). Especially with a UK team playing, it makes sense that those international numbers were down. While Solo doesn’t have major competition for a couple of weeks, Incredibles 2 and Jurassic World: Fallen Kingdom are on the horizon.

Lastly, one of the most divisive issues about Disney/Lucasfilm, and one they haven’t publicly acknowledged, is the divisiveness of Rian Johnson’s The Last Jedi. While The Last Jedi certainly cleaned up at the box office, it polarized the Star Wars fanbase. The division has lit up internet boards and YouTube channels in heated discussions for months, with no end in sight. While critics adored The Last Jedi with a 91% approval rating on Rotten Tomatoes, its fan reception on Tomatoes came in at 47%. Many feel this was the work of bots, or fans rigging the score; either way it was by far the lowest in the Star Wars canon, including the prequels. Even Mark Hamill famously said of his iconic character in The Last Jedi, “this isn’t my Luke Skywalker.” (He later backtracked.)

Despite the backlash about the film, Disney/Lucasfilm almost immediately gave Johnson his own trilogy, which has not gone down well amongst certain sections of the fanbase. A lot of fan backlash has come back to Kathleen Kennedy, head of Lucasfilm. While Kennedy is certainly a trailblazer and one of the most successful producers of all time, female or male, some of her choices have been questioned by the fans of Star Wars. Kennedy has been a trailblazer for female characters and progressive choices, which have crept into the Star Wars films recently. Whether the divisive reaction to Last Jedi truly tanked the success of Solo, we might not see that actual data until Episode 9 comes out Christmas 2019 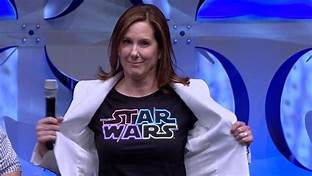 Regardless of the reasons, Solo is definitely going to make Disney/Lucasfilm rethink how it goes about its business. Was it an aberration, a one-off box office misfire….or is there a larger issue at hand? Having JJ Abrams back at the helm for Episode 9 has certainly appeased a large amount of the fanbase, but it’s not clear if Kennedy will pump the brakes or keep going full steam ahead. With new trilogies already announced by David Benioff and David Weiss (Game of Thrones) and another by Johnson, plus several TV projects and a new theme park land in both Disneyland and Walt Disney World, it’s obvious how important Lucasfilm is to the Mouse House. From time to time, Tomorrowland gets taken over by Star Wars with Space Mountain temporarily rethemed to HyperSpace Mountain in addition to the semi-permanent Path of The Jedi, Star Tours, Star Wars Launch Bay, and Jedi Academy. With Disney’s potential purchase of 20th Century Fox, the Mouse House is only going to get stronger, but it needs to make sure one of its most prized assets continues to be one of its most successful entities. What do you think happened….?