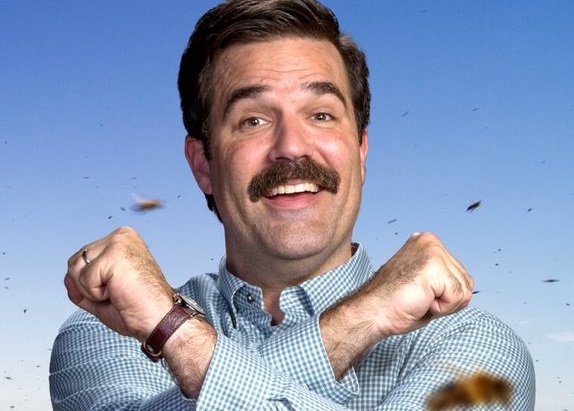 Deadpool may regret accepting Peter for team membership in X-Force. Clearly an ordinary man who took a job for extraordinary circumstances, he’s brilliant in his one superpower: optimism. As you may have heard, he’s actually had a Twitter account for several weeks, and… well, even with Avengers: Infinity War opening this weekend, it’s hard not to be looking ahead to Deadpool 2 opening in three weeks. And Peter makes you look forward with a song in your heart and a smile on your lips — which might get bee-stung.

The only “buzz” I’m on is X-Force! Happy Friday everybody! Let’s get out there and tackle the day! pic.twitter.com/fcYpZUvV7L

With hashtags like #mortalwifemortallife, it doesn’t seem likely Peter will survive for Deadpool 3, but he will have stolen the movie out from under Ryan Reynolds and Josh Brolin, but not Terry Crews. Because no one steals a movie from Terry Crews.