In one Fanboy Planet Editor’s humble opinion, Alan Tudyk is one of the greatest character actors alive. Creative, witty, and extremely patient with me when I said all those things to him at a Comic-Con party, Tudyk has been everything from Steve the Pirate in Dodgeball to one of the elderly quasi-villains in Frozen — and so much in between. A personal favorite is Tucker and Dale Versus Evil, but of course, everyone loves his role as Wash in Joss Whedon’s television series Firefly and its cinematic follow up Serenity.

Tudyk and his best buddy Nathan Fillion teamed to make light of their post-Firefly celebrity in the web series Con Man, which features a show within a show called Spectrum. Through Automatic Publishing, Spectrum is becoming a comic book just in time for Free Comic Book Day. Written by Tudyk with PJ Haarsma and edited by Shannon Eric Denton, the comic has gained a lot of interest. And Tudyk seems thrilled to be entering the comics world. So much so that he is appearing at comics shops — and Santa Clara’s own Illusive Comics & Games will be one of his appearances!

May 11, 2016, Tudyk will be signing from 11 a.m. to 2 p.m. at Illusive. Check out the store’s website for more information as the date gets closer, though Anna Cebrian, the owner, has just sent me this FAQ:

Answers to Frequently Asked Questions about the Alan Tudyk signing:
1. How many items can I get signed?
A: One per person.
2. Will there be a fee?
A: No, but we will be collecting donations to cover our costs and anything extra will go to Parents Helping Parents.
3. What can I get signed?
A: Just the comic Spectrum, which is what he will be promoting.
4. Who else will be signing?
A: Shannon Denton and PJ Haarsma.
5. Will you be selling tickets to this event?
A: Yes, in the near future. Because the signing is for a very finite amount of time. 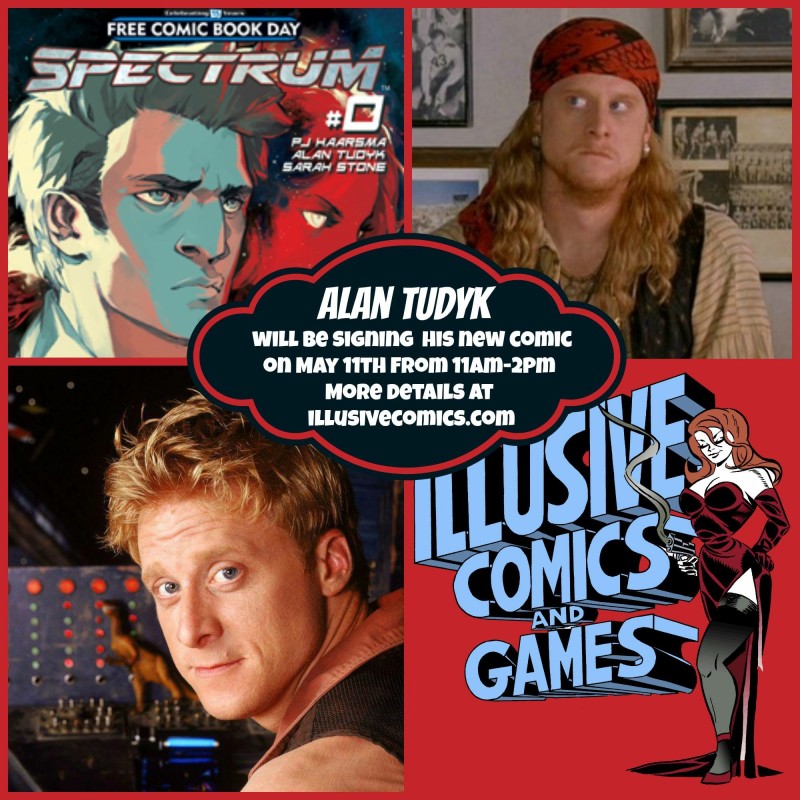 Tudyk is also scheduled to appear at Silicon Valley Comic Con in March, but Spectrum won’t be out yet! YOU NEED THAT BOOK SIGNED! 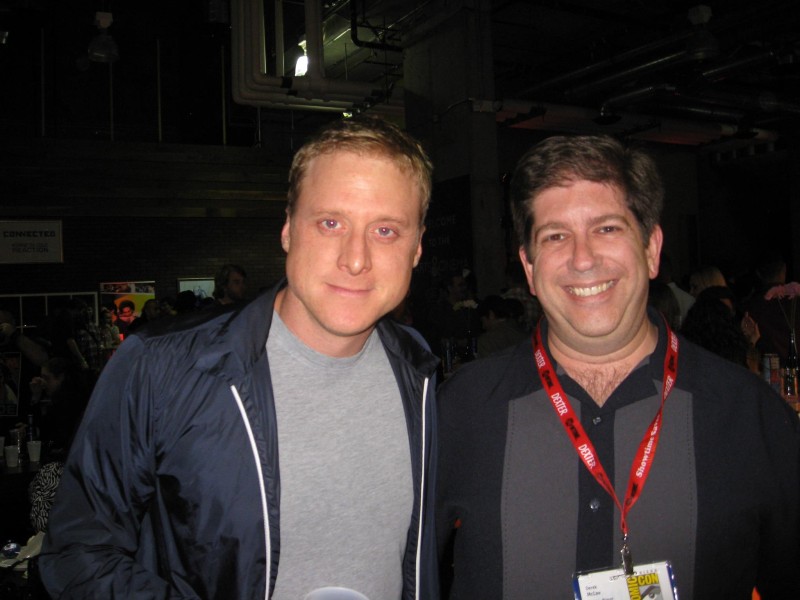