Two days ago, Warner Brothers Interactive announced that they have entered into a deal to produce the videogame tie-in to Cars 3. But that’s not the real news, as Warner Brothers has been working with Disney Consumer Products and Interactive Media on projects like the LEGO Marvel games, and distributing the upcoming Telltale Games Guardians of the Galaxy. And of course a kid-friendly racing game tied into the Cars franchise was going to happen. The interesting thing is that it’s the first project to come from a newly purchased and revived Avalanche Software.

Does the name sound familiar? They’re the studio that worked with Disney to develop, publish, and support Disney Infinity, which Disney shut down just a few months ago. Warner wanted Avalanche’s Octane engine technology, which will be used for Cars 3. They’ve rehired most of the developers from Avalanche that were let go when Disney decided to get out of the gaming business directly. Maybe once Cars 3 comes out, Avalanche will disappear again. But Warner Brothers Interactive currently has a toys-to-life game of their own, LEGO Dimensions, so they understand how to handle such a thing.

“It is a tremendous pleasure to welcome Avalanche Software into our development stable, and we look forward to working with our new team, Pixar Animation Studios, and DCPI to create Cars 3 based on the upcoming film and hugely popular franchise,” said David Haddad, President, Warner Bros. Interactive Entertainment. “The Avalanche talent and technology are a great addition to our group of outstanding developers, and we are excited for this Cars 3 game as well as all of the future games the team will create under John’s leadership.”

We’d speculated on the podcast that maybe Disney Infinity could be picked up by someone else, or at least supported by someone else, because their community had been one of the best parts of the game. That speculation still stands — this might not be a sign that Warner Brothers is interested at all, but… what if? 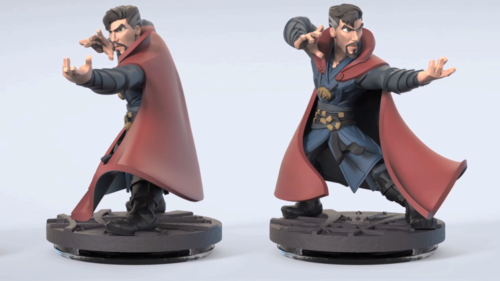 We already know there were more sets in development, including for Moana and Doctor Strange, before Disney pulled the plug on what was the most successful game of the genre. Maybe all this means is a refresh for Season 3 of LEGO Dimensions, if that’s happening. Or maybe just new games that we can’t predict at the moment.

It would be a heck of a great announcement at this summer’s D23 Expo in Anaheim.