The veteran actor leaves behind a tremendous body of work, and great cultural impact. His passing comes in a week where both 1984 and V For Vendetta have been climbing back into the cultural consciousness — both books in which he starred in film adaptations. It’s a snapshot of his versatility that for 1984 he starred as the protagonist Winston Smith, struggling to remain human against a totalitarian state, and two decades later in V For Vendetta, Hurt played fascist leader Adam Sutler.

Though he worked almost constantly, and his roles spanned all genres, it does seem that his cultural impact will be for science fiction and fantasy. 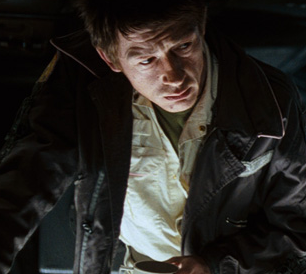 In 1979, Hurt became the center of one of the most indelible scenes in science fiction as Kane, the officer on the Nostromo. After encountering a mysterious alien egg and “the face-hugger” attacked him, a seemingly recovered Kane joins his fellow crewmembers for a meal, and then… out of his chest burst Alien. He later spoofed the scene in Mel Brooks’ Spaceballs. At least in that one the alien followed up with a brief musical number. 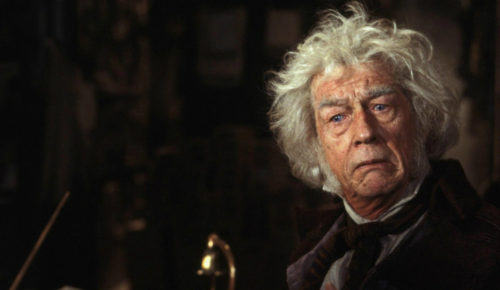 For a younger generation, he will live on as Mr. Ollivander in the Harry Potter films, and of course The War Doctor in Doctor Who. 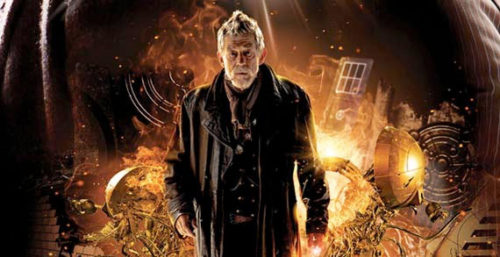 He brought gravitas to the role of the forgotten incarnation of the Time Lord — retconned in to explain the survivor’s guilt that Christopher Eccleston’s 9th Doctor suffered when the Doctor returned to television in 2004. Appearing in the 50th Anniversary special, The Day of the Doctor, Hurt reprised the role in a series of audio dramas for Big Finish Productions. 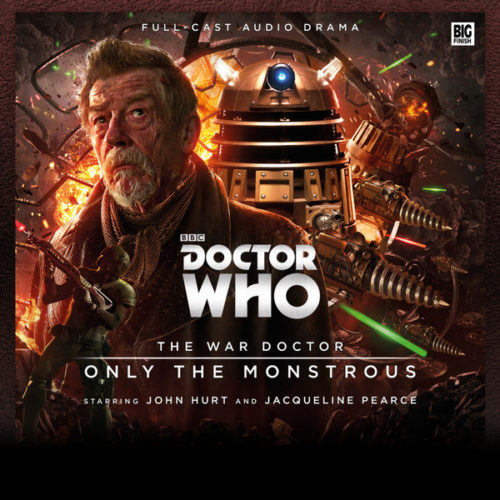 There’s much more, spanning decades. Highlights have to include his portrayal of Caligula in I, Claudius, inhabiting Quentin Crisp in two productions: The Naked Civil Servant and An Englishman in New York, and playing the Fool opposite Sir Laurence Olivier’s King Lear.

And as another footnote in cultural phenomena, Hurt was the first actor to portray Aragorn in The Lord of the Rings, albeit in Ralph Bakshi’s animated adaptation.

Perhaps his most acclaimed role was as John Merrick in David Lynch’s The Elephant Man, for which he received an Oscar nomination. Produced by Brooks (which is why Hurt appeared both in Spaceballs and The History of the World, Part I), the dream-like biographical film is a true work of art. Unrecognizable under prosthetics, Hurt exuded decency and kindness toward a world that had shown Merrick mostly pain.

I’d like to think that decency and kindness was Hurt himself.