The Disney+ streaming service has ordered the next Lucasfilm animated series, Star Wars: The Bad Batch, with plans to premiere in 2021. The series follows the elite and experimental clones of the Bad Batch, first introduced in Star Wars: The Clone Wars, as they find their way in a rapidly changing galaxy in the immediate aftermath of the Clone Wars. Members of Bad Batch – a unique squad of clones who vary genetically from their brothers in the Clone Army – each possess a singular exceptional skill which makes them extraordinarily effective soldiers and a formidable crew. In the post-Clone War era, they will take on daring mercenary missions as they struggle to stay afloat and find new purpose.

Bad Batch is another show of commitment to the Mouse’s streaming home, which Bob Iger once called the most important part of Disney’s future. With Star Wars : Resistance recently being cancelled after two seasons on Disney XD it seems all new content from LucasFilm in the immediate future will rest on Disney+. A second season of The Mandalorian, plus several new shows including : Obi Won Kenobi Series and Cassian Andor Series looks to be a big draw for the streaming service, which recently saw a reported 30% uptick with the release of Hamilton. 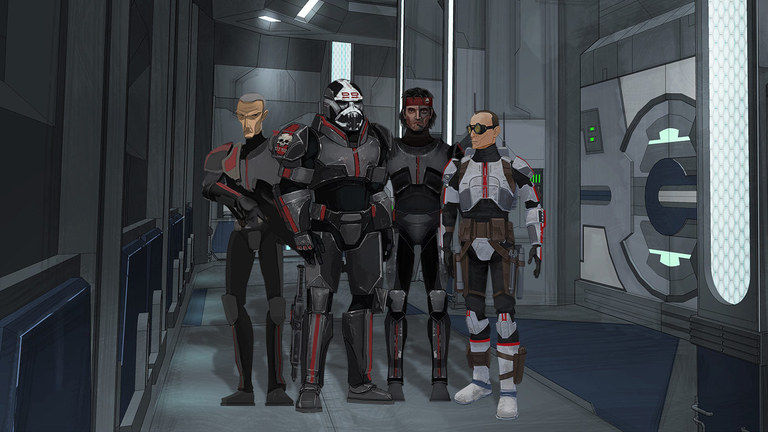