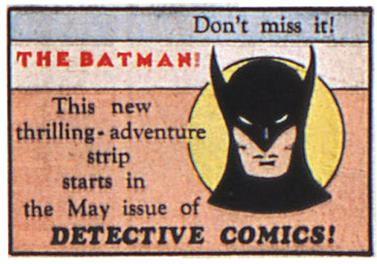 A new documentary shedding light on a long injustice in the comics world debuts Saturday night on Hulu. The documentary retells author Marc Tyler Noble’s quest to right a wrong for Bill Finger — the man who co-created Batman but was denied credit during his lifetime, thanks to Bob Kane having a better lawyer. It may not be as simple to say as that, but that’s part of the story. Not only did Noble write Finger’s 2012 biography, Bill the Boy Wonder: the Secret Co-Creator of Batman, but he tracked down the man’s unknown granddaughter Athena. Together, they launched a campaign at WonderCon in 2014 that would finally restore the credit so long due.

On both Gotham and Batman v Superman: Dawn of Justice, Finger has credit with Bob Kane. And for years, the Eisners have given the Bill Finger Award to those comics writers whose contributions to comics have been unsung or overlooked. Even knowing the happy ending, it’s a fascinating story, and you may want to take time this weekend to check it out.