Multi-talented comedians Carlos Alazraqui and Jill-Michele Meleán love working together, so they collaborated on the new horror comedy Witness Infection. When two mob families are put into hiding in the same town, their old rivalries last until bad sausage unleashes the living dead. Carlos and Jill-Michele talk with Derek about their film, the fun of working with talented friends, and how Jill-Michele feels about making it into the pages of Forbes Magazine. 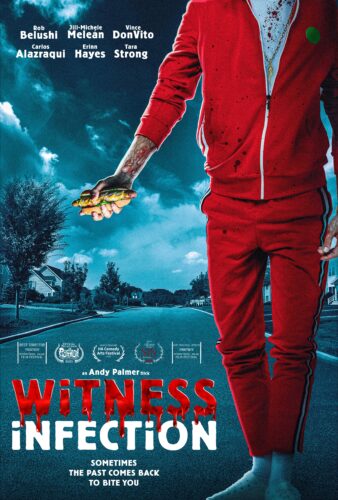