Here’s another step toward the Multiverse of Madness, if not Love and Thunder. Loki lands on Disney+ June 11. My guess is that fans will be talking about it the way they did WandaVision, because it looks like another “what the heck is going on?” situation. Here’s what is clear — Loki (Tom Hiddleston) did get killed by Thanos in Infinity War, but an earlier version of Loki picked up the Tesseract in Endgame and thus became a Time Variant. So now this alternate Loki, who is still the Loki everybody loves, has been tasked by the Time Variance Authority to fix loopholes and errors in timelines and… your head may explode, but Owen Wilson as Mobius M. Mobius is there to keep everybody chill. Hiddleston and Wilson are joined by Gugu Mbatha-Raw, Sophia Di Martino, Wunmi Mosako, and the sublime Richard E. Grant, who’d better have at least one scene opposite Wilson. 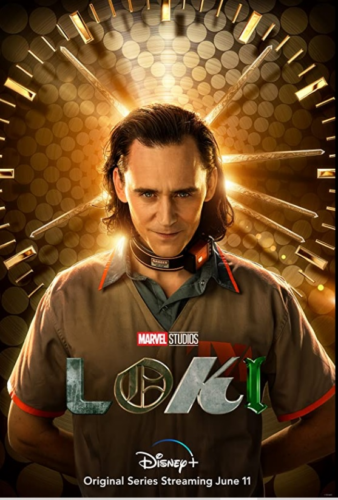