The actual events remained pretty sparse today, being traditionally the least attended. DC offered up a tribute to Stan Lee, while Marvel gave the focus to editor Tom Brevoort. Lee dropped more information on his Just Imagine series (among other things), while Brevoort announced a few new series under his watch, including a nifty looking Thor mini-series with art by Steve Rude. If Odin smiles, maybe Rude will get to finish this one.

As has become tradition, the Con hosted a variety of preview screenings of upcoming movies. Elvira, Mistress of the Dark, hosted a screening of her new film, Elvira’s Haunted Hills. Ghost World, which opens Friday in Los Angeles and New York, screened off-site, followed by Warner Brothers’ Osmosis Jones. Fanboy Planet will have reviews up of all these films next week.

Thanks to our embarrassment of last night, we did remember to bring our equipment with us, and can now deliver on the pictures we promised. George Barris’ original Batmobile appears courtesy of 20th Century Fox (not AOL-Time-Warner) to promote the August release of the 1966 Batman on DVD. 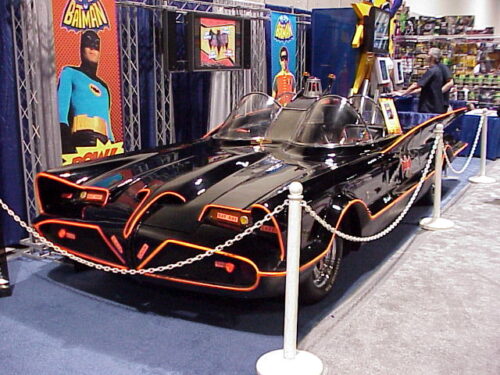 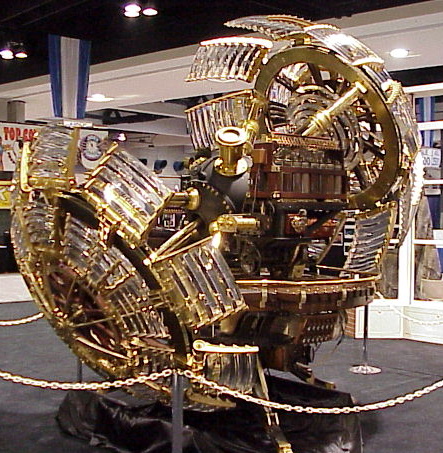 We may focus a bit on action figures in the months ahead. Let us reverse ourselves about Toybiz’ display; though it is thin, what they have looks really good. DC Direct has a lot of surprises in store in the months ahead, but our favorite for most ridiculous figure has to be the Alfred E. Neuman Green Arrow. Does Kevin Smith know about this? And N2 showed quite a few prototypes for some licenses that will definitely find an audience, though right now the best of what we can publish is The 5th Element. More are coming, and more from the films of Luc Besson, too.

Two creators took our words to heart. Let us prove that Mark Waid and Brian Michael Bendis know how to maintain their Wizard faces. We’re practicing ours now.