This year, the Comic-Con has its own rock star. And despite his walking the floor, it isn’t Gene Simmons. No, the hot ticket today caused a line-up three times the length of the conference hall without once sticking out his tongue, though there were plenty of references to oral sex. Applause for the star seeped into all the other rooms. Kevin Smith walked among us. 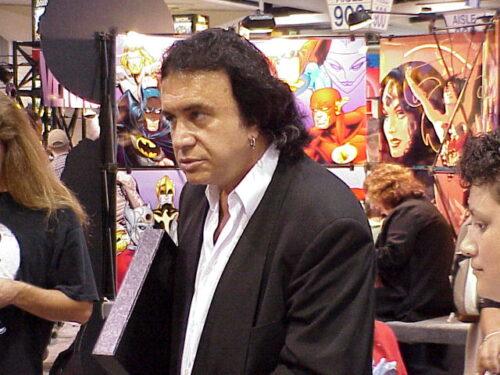 He haunts the whole convention. This year’s official t-shirt depicts a grim emerald archer. And though plenty call Green Arrow “a new fan favorite,” who framed his fearful symmetry? Kevin Smith. DC Editor Bob Schreck hosted a panel for the books in his stable, and many of the writers involved seemed shackled by what Kevin Smith would allow them to say about Green Arrow (except for GA artist Phil Hester, who just smiled a lot). Not since John Byrne re-booted Superman has a creator seemed to wield such power. 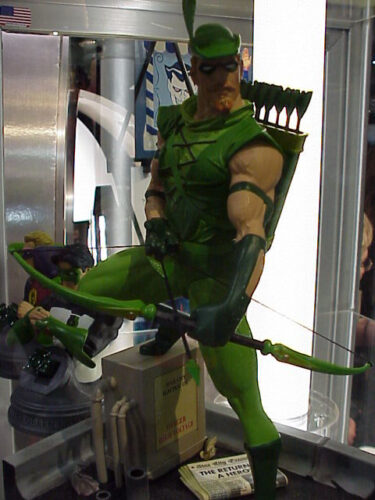 Smith himself ran a rocking good show. Allotted three hours to speak and answer questions, he teased the audience with specially edited clips from Jay And Silent Bob Strike Back. Though it didn’t take long to whip them into a frenzy of anticipation, he topped it by giving away tickets for a screening that evening. Eventually, Jason Mewes (Jay) wandered in, but couldn’t manage to steal Smith’s focus. And in a first (by his own admission), Smith managed to get through the presentation without having to talk about Superman Lives. At the end of his three hours, the audience rushed a Dimension Pictures representative for the remaining fifty or so tickets. It was sudden, frightening, and more than a little dangerous. We’ll never forget the look on her face as we grabbed our passes. 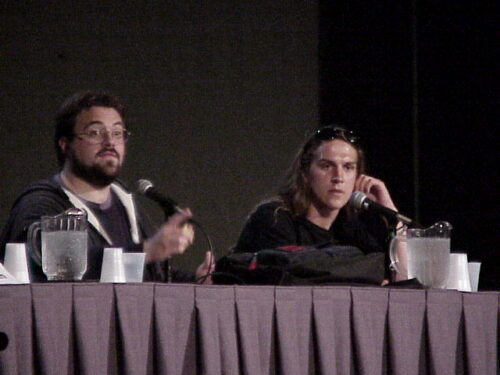 A convention security guard warned us that Joss Whedon would cause an even bigger frenzy tomorrow, but it’s hard to see how. Still, number one on the convention’s FAQ sheet is “Where’s Buffy?” The guard may have been biased, being an admitted fan of Whedon’s shows. And Sam Raimi will make his first ever convention appearance (he sent a videotape last year), to talk about Spider-Man and confront fandom head on. Things could get uglier than the Clone Saga.