A through C of the All-New All-Different Marvel offerings can be found here. 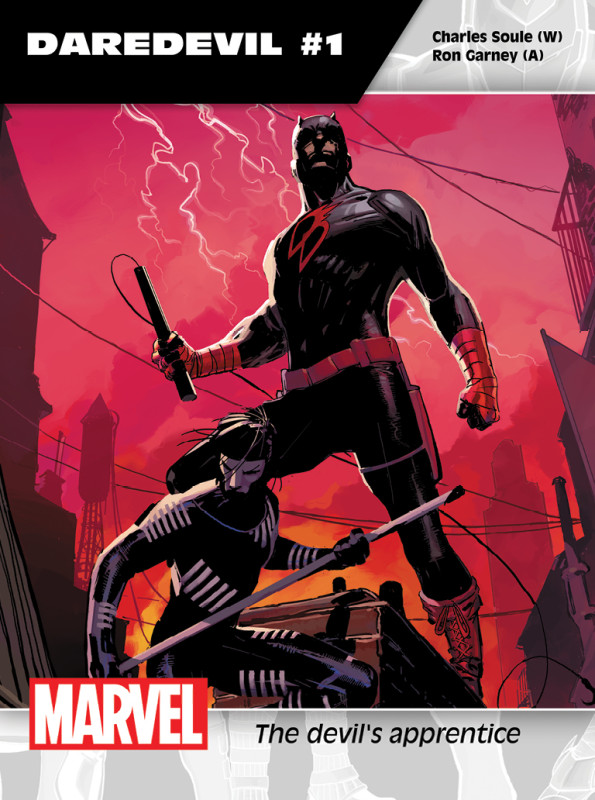 Charles Soule takes over from Mark Waid’s acclaimed run. At least Soule really is an attorney… okay, and he’s also a great writer.

Going to a black and red costume like this implies we’re heading more to what’s been going on in the Netflix series.

And is that Gambit? 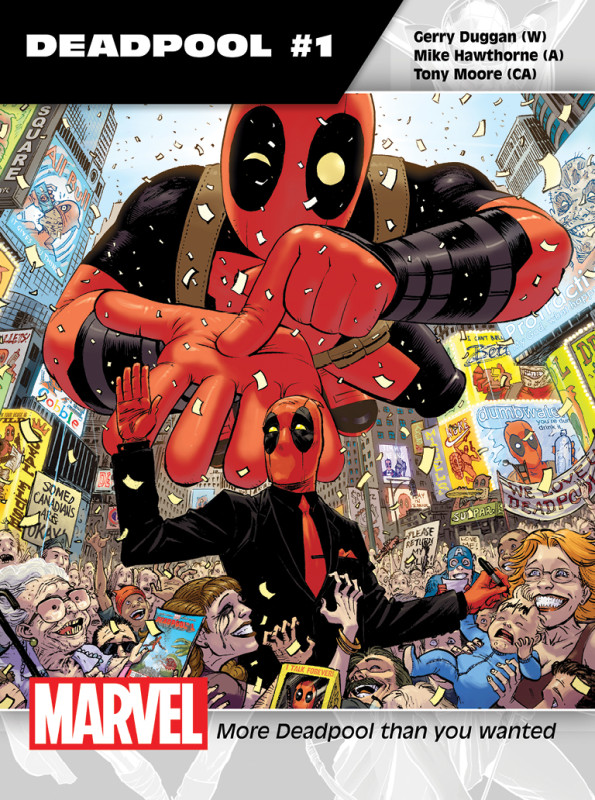 Deadpool is more of the same.

And we love it. 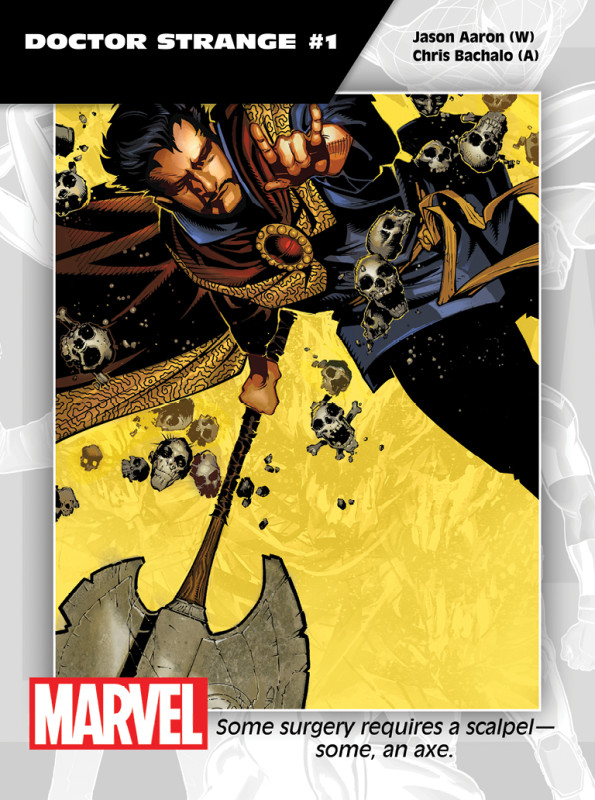 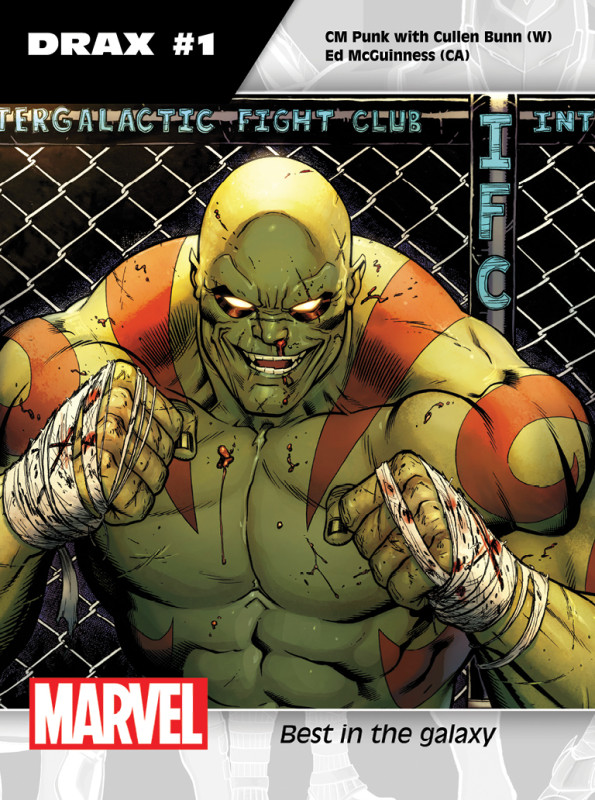 What? You have a wrestler writing Drax and it ISN’T Bautista? 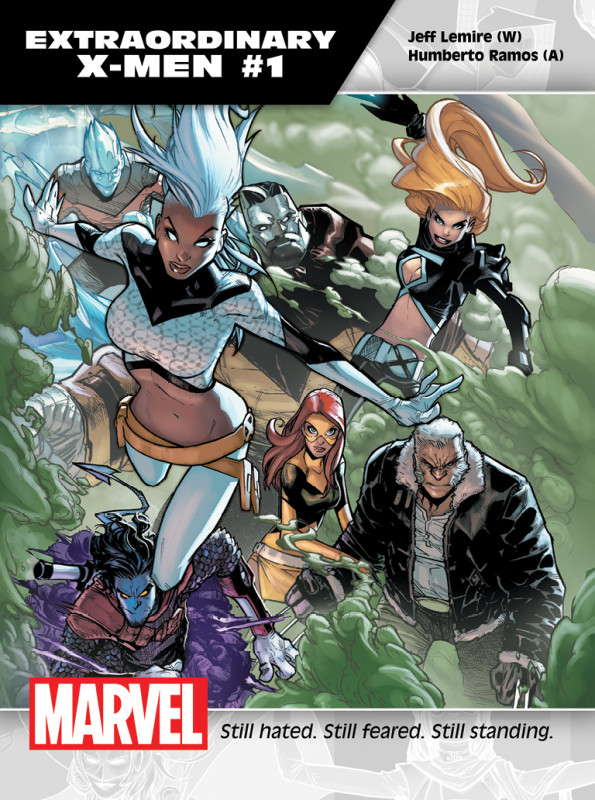 Well, it is an obvious superlative that has just never been used before. Well done.

Marvel announced this yesterday, and again… it’s Jeff Lemire with Humberto Ramos on art. This is a license to print quatloos.

Marvel has clearly NOT turned their back on the X-Men. 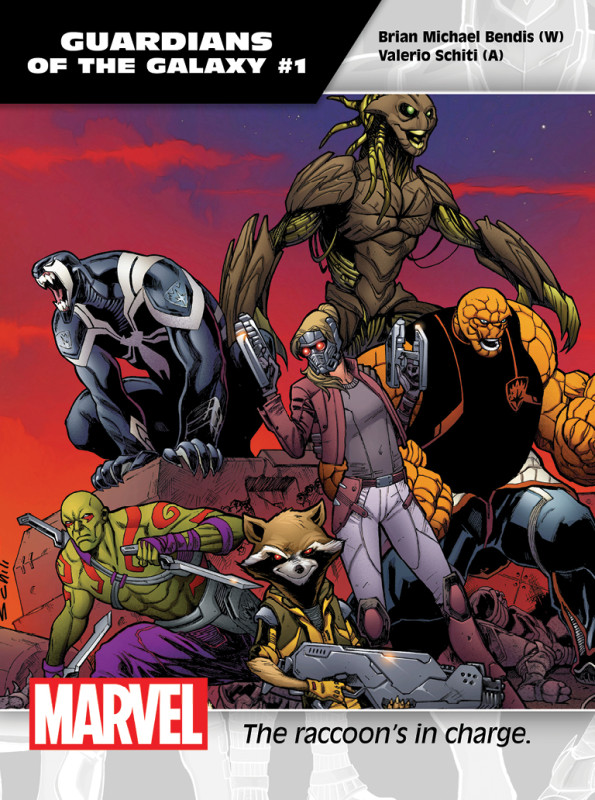 The raccoon’s in charge? Of course he is. He sells the most merchandise.

But notice that The Thing has joined the Guardians, as rumored for a couple of months. As my favorite time with Ben Grimm was after the original Secret Wars when he was “Rocky Grimm, Space Ranger,” I appreciate the callback and don’t care about the internal politics. 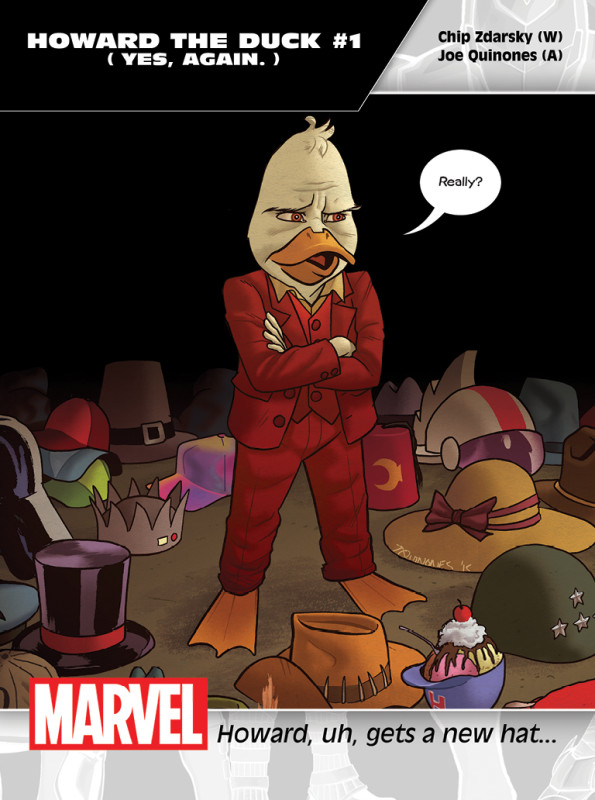 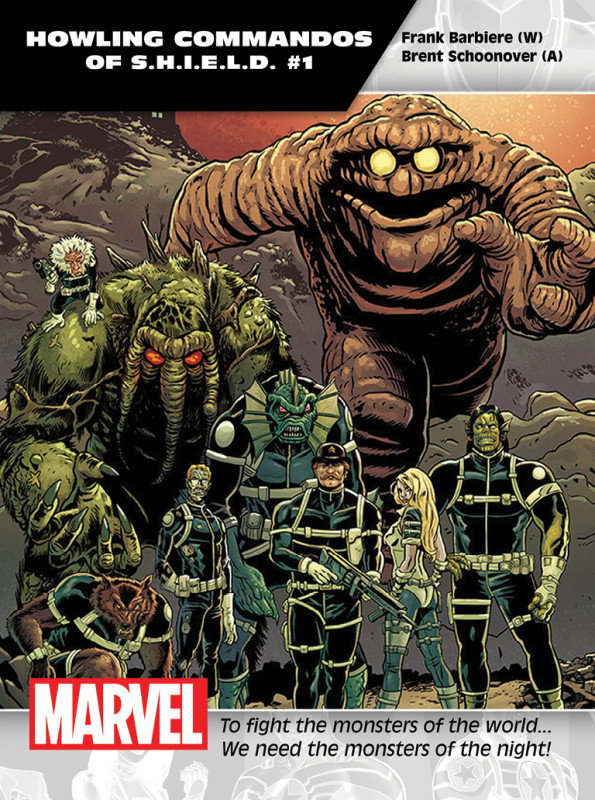 I loved when Keith Giffen tried this a few years ago. Can Frank Barbiere make it work this time around?

It looks like a stronger, better-known cult-appreciated cast. Hitmonkey, Man-Thing, Werewolf by Night, Zombie Jasper Sitwell, not Zombie Dum Dum Dugan… and is that Elsa Bloodstone, aka Marvel’s own version of Buffy?

I’m going to try this one, Marvel. Please don’t break my heart. 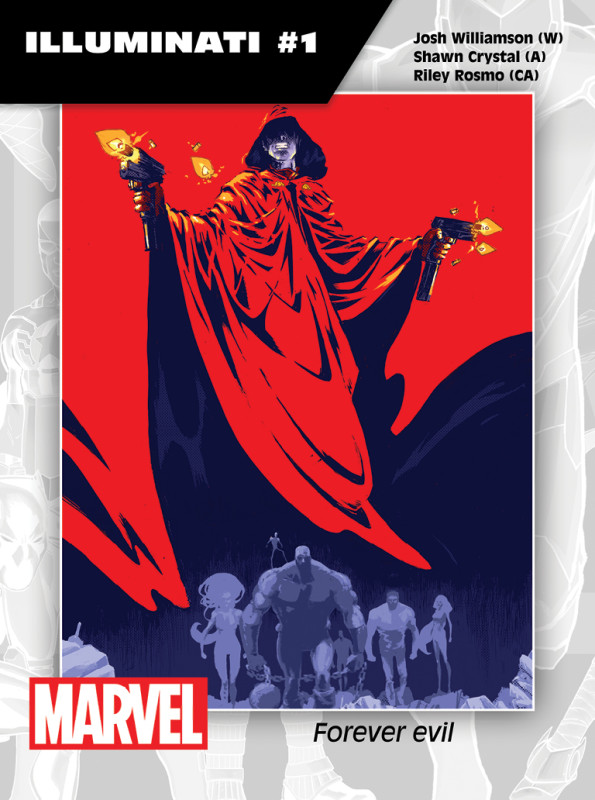 The Hood has been an interesting concept dancing around the edge of the Marvel Universe. It’s interesting to try a new crime book, but wait a minute… Forever Evil was last year over at DC… 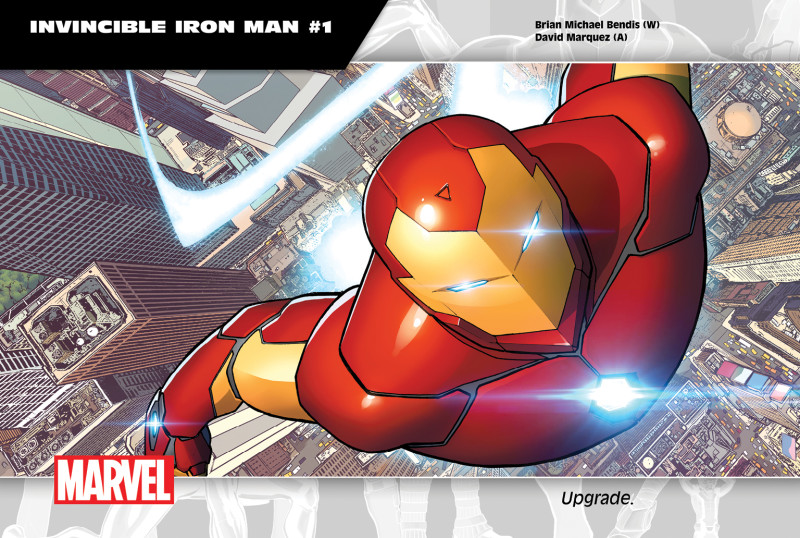 Brian Michael Bendis takes a turn reviving the Armored Avenger — and if he says he’s having fun, we’ll believe him.

Let’s see who the new post-Secret Wars Tony Stark turns out to be… as long as he’s not a teenager from the past. 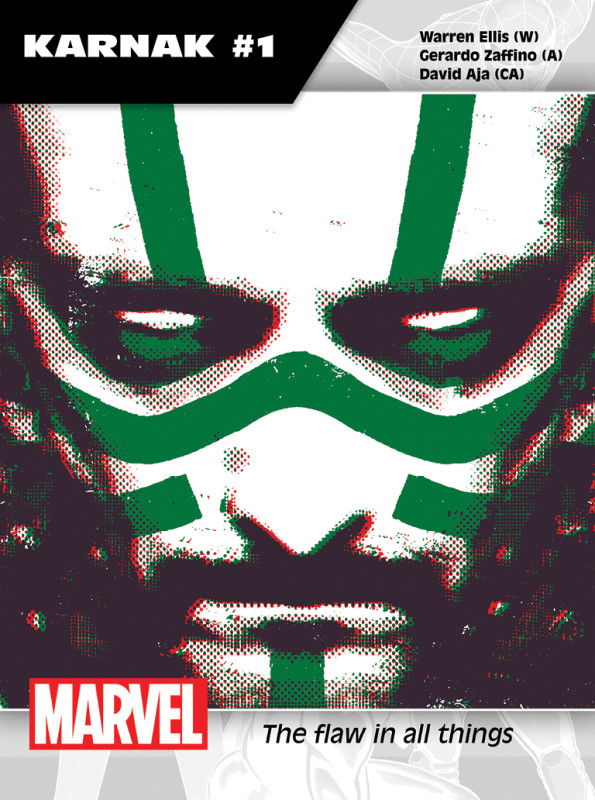 The flaw in all things.

This may not be a huge hit, but people will be talking about this book for years to come, and it’s worth taking a guess now that Karnak will play a big role in the Marvel Cinematic Universe. 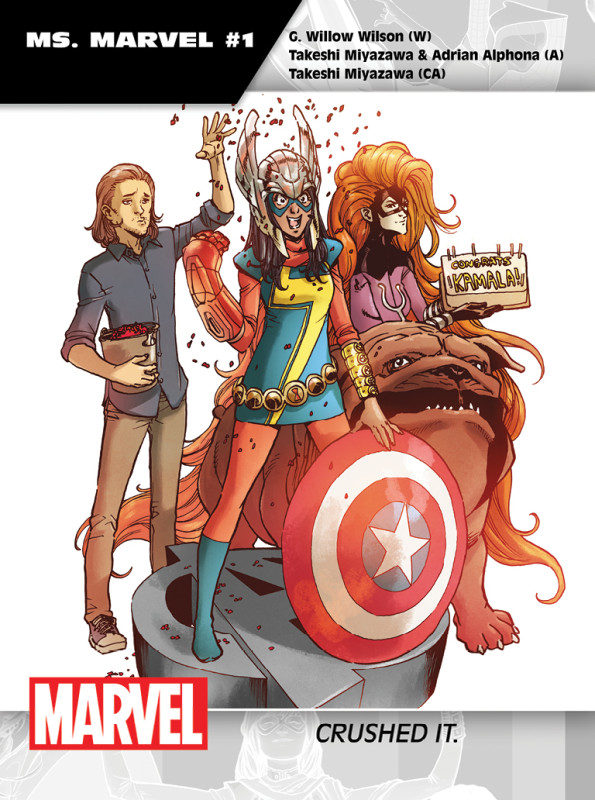 Crushed it? Hells yeah, you did.

Let’s see more of this, please. Thanks..