Actually, the robots were part of an art installation at the Manchester Grand Hyatt, the hotel adjacent to the Marriott which is adjacent to the San Diego Convention Center. Both hotels get into the spirit of Comic-Con, with Marriott hosting a Nintendo play center and the Hyatt giving over a ballroom to Xbox. But it’s cool to see Comic-Con spirit manifested in the lobbies. Occasionally people who just want to visit San Diego show up, and they get a little taste of what the Con is all about in safe doses.

So the Hyatt got “Mr. Santo” to display “Robot Series,” metal sculptures depicting robotic versions of science fiction icons — which in some cases might feel redundant. But there were really interesting results. 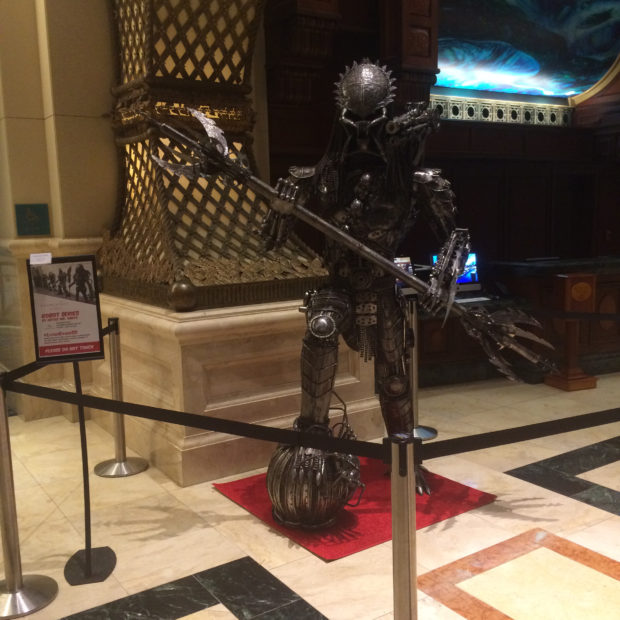 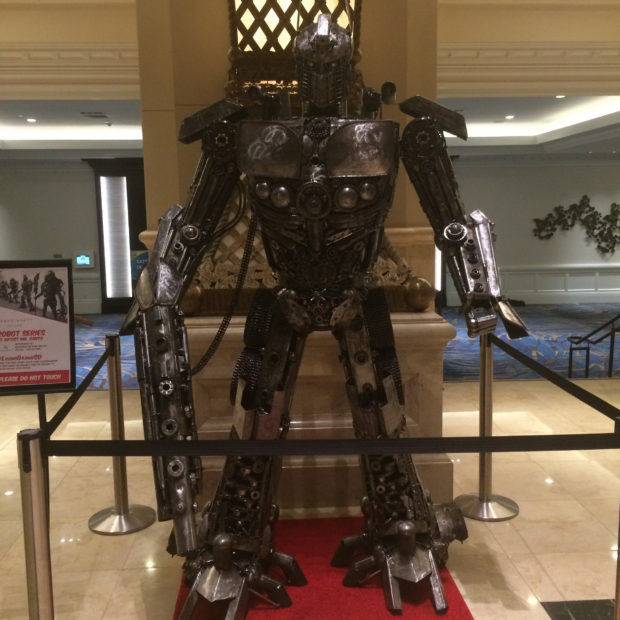 Megatron (because you can’t have one without the other): 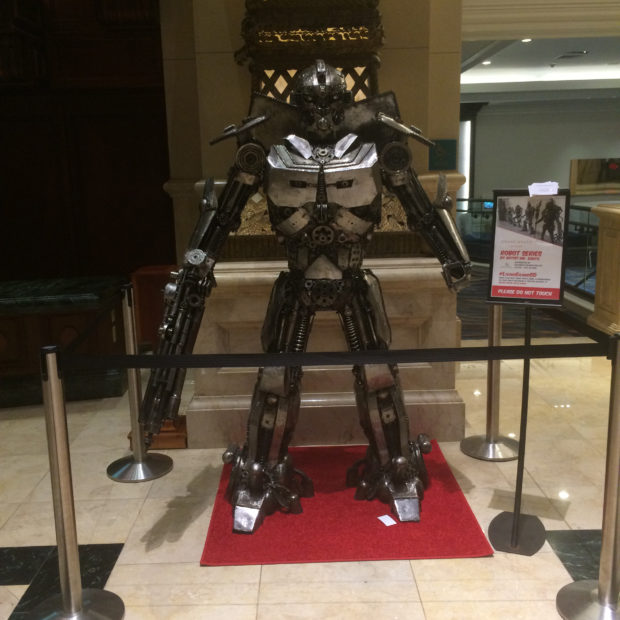 And over at the Marriott, if you rounded the right corner you found this sculpture of Batman in a similar — but only similar — vein: 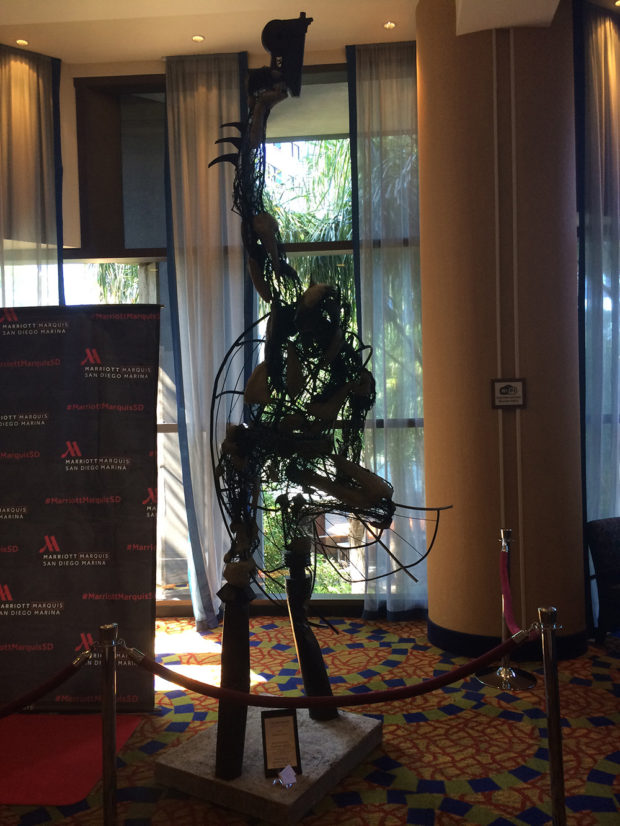 Interesting takes on iconic figures, and that’s another one of the things that makes Comic-Con (at its best) great. It isn’t just the gathering of fans, because yes, with all the people coming some of that “hey, you’re my tribe” feeling has gotten lost. It’s that you might just see something you love done from a different viewpoint that inspires you to some more creativity.

Don’t get me wrong — we’re all still in the tribe. It’s just occasionally harder to remember our individuality. Art like the above reminds me that it’s okay to be the mainstream — and still be quirky.