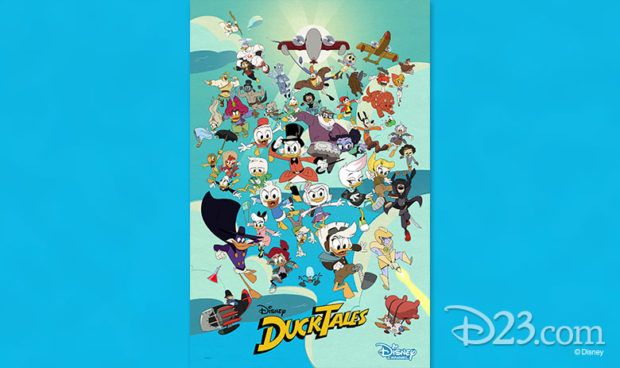 Woohoo!! Returning in September, Disney’s DuckTales got a mid-season season 2 trailer at Comic-Con. The panel had some very cool surprises, including Lin-Manuel Miranda, who voices Gizmoduck.

The fresh take on the fan favorite 1987 animated series has proven a hit for the House of Mouse as the series has already gotten the greenlight for a third season. DuckTales follows the adventures of Huey, Dewey, Louie, Webby, Launchpad, and of course, Scrooge McDuck.

The trailer wasn’t the only bit of good news that fans of the attended the panel. The creators also revealed a poster which features some characters that yet to arrive in Duckburg. They include beloved characters Daisy, Goofy, Gadget, Chip & Dale, and Monterey Jack.