An actress gets trapped in a demonic role that starts as a rock musical and then becomes a way of life. An ice cream truck driver becomes the avatar of a prehistoric lost animal god. And both fight crime on the mean streets of Cleveland. They sound like they would fit in Steve Gerber’s original run on Howard the Duck, and that’s only one of the high compliments I can pay toward the consistent comics quality from Ted Sikora and the rest of his crew at Hero Tomorrow Comics. Picking up one of their books is like picking up the way Marvel Comics felt in the 70s — the art is dynamic, the storytelling is unpredictable, and anything can happen in the best of ways without changing the universe as you know it!

The advantage of ComicCon@Home this year is that smaller press just had their overhead go way down to attend. So Hero Tomorrow would have been at San Diego this year for the first time in a while, but now that they’re virtual, they can pass some incredible savings along to you. (Fanboy Planet receives NO kickback from this; it’s a 100% recommendation to you because Hero Tomorrow rocks.)

Every one of these deals would be worth it; I’d take advantage, but I already have their books and their movie. Check out the ComicCon@Home souvenir program in order to find their virtual booth, and go to HeroTomorrow.com. You’ll enter an independent multimedia world that will remind you what’s great about comics, and yes, you’ll find a Punchline that predates the one now running through the pages of Batman. (Though I’ve also reminded Ted Sikora that the first Punchline appeared in an Animaniacs episode.) 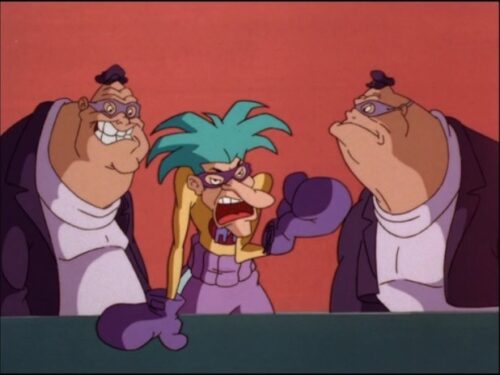 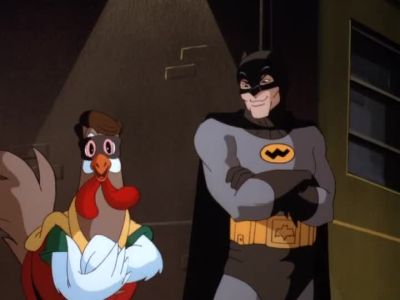 Join ComicCon@Home — and make sure Hero Tomorrow is one of your stops today.