Two of the best comics I read in July were by David F. Walker. One was a graphic novel that had been on my stack for six months, and one was a first issue that came in the mail a few days after I’d finished the first. And they make interesting companion pieces — The Life of Frederick Douglass is a straightforward, compelling walk through the life of one of the 19th century’s most important figures. (And also — I learned from the graphic novel — the most photographed man of the 19th century.)

In The Hated, Walker presents an alternate history in which Douglass became one of the leading generals in the Civil War. The abolitionist John Brown was not executed by the Confederacy after Harper’s Ferry. And the Confederacy won, seceding from the Union. In the southernmost Union states, black communities live in terror of Southern raiders crossing over the border and kidnapping their citizens to pull into slavery. 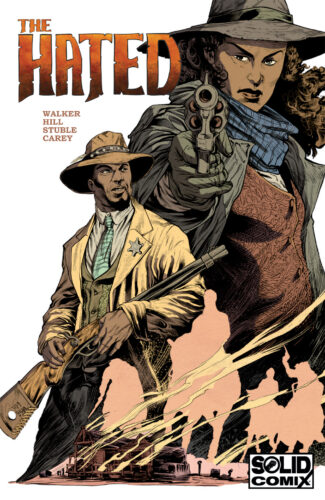 It’s a gritty Western, focusing on bounty hunter Araminta Free. By graphic implication through the excellent work of artist Sean Damien Hill, she was not always Free. And that’s all you need to know, except it is excellent, and Walker has thought out his alternate history in great detail, including excerpts from textbooks of the alternate 1950s — though the story takes place in the 1860s. Originally kickstarted with Walker’s imprint of Solid Comix, I’d had people asking me where they could get the book.

And today, Walker set up a store for Solid Comix that has The Hated #1 for sale. Which gives me great hope for The Hated #2, because this means the audience can grow. It should.

Fanboy Planet has no affiliation with Walker or Solid Comix other than deep respect for his work. Though The Hated #1 may seem like a high price point, it’s 40 pages of story that moves quickly yet is rewarding in its historical depth. Plus, it’s just a kick-ass Western. Follow the link here to Solid Comix. 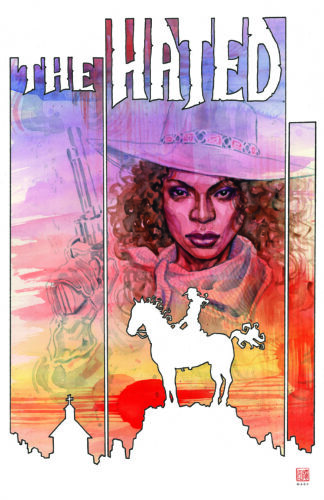