Amanda Conner and Jimmy Palmiotti considered calling their retooling of Harley Quinn “Afterbirth.” What else should we expect from this dynamic comics duo? They’ve consistently brought the proper irreverence to Harley Quinn while retooling her from the abused sidekick of the Joker to a strong (but mentally unbalanced) antihero in her own right.

No, Harley Quinn won’t be for younger readers, any more than her appearance in David Ayers’ Suicide Squad this summer will be appropriate for kids, either. That won’t be to everyone’s taste but… Conner and Palmiotti have been writing the character for years, and it’s never been to everyone’s taste. With them at the helm, whether because of their book or not, Harley has only gotten more wildly popular.

The art team will be Chad Hardin and John Timms, who are adjusting Harley’s look to be more in line with her cinematic counterpart, played by Margot Robbie. This might be one of those cases where it’s hard for me to separate out my liking the creators from whether or not I like the book — but there’s no denying that they’re doing something right, so DC is right to let them keep doing it. The “rebirth” hits in August. 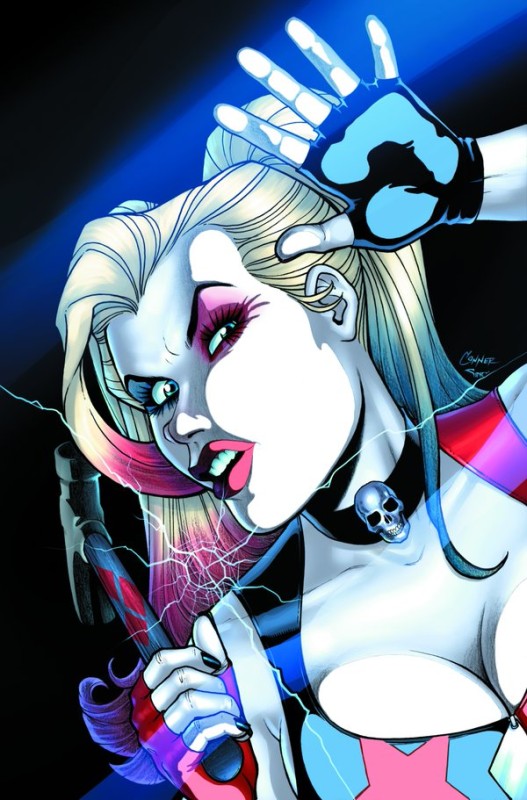