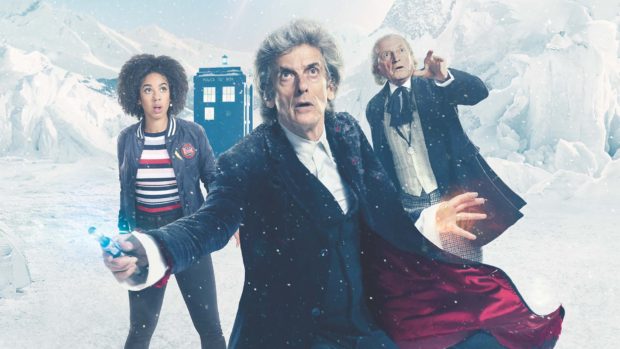 I did, in fact, watch this twice. The second time I was sitting in the theater with my girlfriend, a non-fan / casual fan at the most. She laughed at the jokes and we both cried at the end, during the Christmas armistice scene and when Jodie Whittaker appeared.

That any of this just-OK coda worked at all for people who haven’t been watching the Twelfth Doctor’s era was kind of a relief. Of course my girlfriend had no idea who Rusty was, and I for one would not have minded seeing him relegated to the same introduced-and-forgotten Dalek scrap heap as the so-called “Skittles” quintet from “Victory of the Daleks.” She did recognize the name “Lethbridge-Stewart,” but although she’s seen a few Hartnell episodes, I still had to explain that the First Doctor was not typically, as shown here, a routinely misogynistic creep.

I’ve never been fond of the First Doctor in the first place, and David Bradley’s resemblance to him physically and vocally wasn’t much closer than Hurndall’s in “The Five Doctors” had been, but I have to admit that I started buying the performance by the time the opening credits were finished. I don’t know if the retcon sexism was a reaction to the criticisms Moffat used to get (“see! look how far we’ve come since the Sixties!”), some sort of lead-in to the regeneration, or what, but Capaldi’s reactions sold those moments to me just fine.

In hindsight it shouldn’t have been surprising to see Moffat rolling out tropes he’s used before — the archive of the dead (from “Dark Water”), the last-minute-time-travel visits (from “Let’s Kill Hitler”), and of course the threat that’s not evil, just misunderstood (take your pick). By now I’ve lost track of what actually happens when you die in the Moffat universe, and I’m trying not to probe too deeply into the question of why the Testimony contains memories from past Doctors, since (a) regeneration isn’t death, and (b) this implies a 3D-rendered glass woman from a late-90s CDROM computer game came and visited each Doctor during his regeneration scene and extracted all his memories without anyone noticing. Even more mysterious to me is why it was necessary to use this device in order to bring back Bill, who is (and remembers being) a posthuman puddle-woman traveling the stars with her girlfriend, or indeed Clara, who is an undead person traveling the stars with her immortal pal “Me” in their own TARDIS. What is the point of the two of them having transcended finite human existence if you have to bring them back as anthropomorphic snow globes?

The most important question of the story, though, might be: why didn’t the Twelfth Doctor want to regenerate? The implied answer is fatigue, specifically battle fatigue: he’s tired of losing the people he loves, of fighting the endless war on the evil that his first incarnation believes should logically win every time. I would have expected this feeling from the Doctors closer to the Time War.

Then again, this is the first modern Doctor to have seen all of his companions die: first Danny Pink, then Clara, then River (spending her last night and my favorite Christmas special with him), and finally Nardole and Bill. Even Missy dies on his watch, though he doesn’t know it (and we know she’ll be back in one body or another), and then there’s what happens to Osgood and the Brigadier in “Death in Heaven.” It’s been a surprisingly brutal few years when you add it up. My initial hypothesis was that he was ready to lay his burden down in “Time of the Doctor” and got a new regeneration cycle he didn’t really want, but maybe the loss of so many companions since then is a more concrete explanation for the death wish. 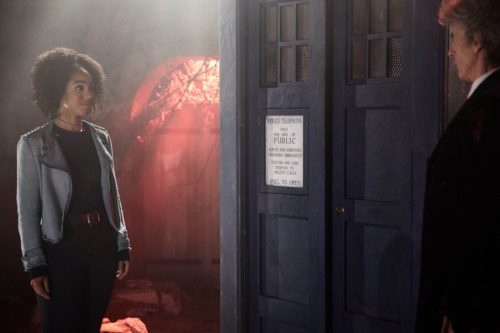 It was excellent to see Bill again, as much as I lamented the missed opportunity to bring back Susan to help two versions of her grandfather through his regenerations (and why not bring back both?). Mark Gatiss turned in a lovely performance as the Captain, making a character I initially felt would be superfluous into one of the highlights of the story. I wasn’t so keen on the pre-regeneration valedictory — even as a child, the “children can hear my name” bit would have made me gag — but I was very keen on the post-regeneration line. Sometimes two words say more than an entire speech, especially when spoken by this particular new Doctor. I’m already a fan.

I’ve now been writing about every season of Doctor Who since Moffat took over. It’s had plenty of ups and downs, and I’ve dwelt on the downs a lot, but the truth is I’ve enjoyed the ride overall. Here are few of the things I think the Moffat era deserves praise for: 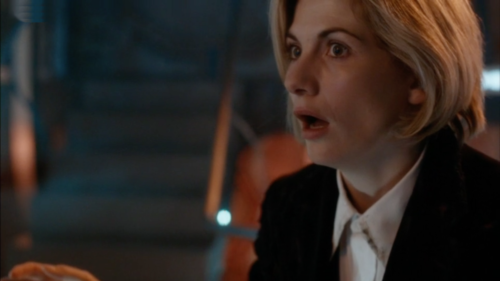 And now a quick look at a few things I’d like to see (and not see) in seasons to come: