A few years ago, when I was just a stringer for the late Daily Radar, I experienced my first San Diego Comic-Con. That summer a small production company called Mindfire Entertainment launched a mockumentary about superheroes, The Specials, written by (and co-starring) an up-and-comer by the name of James Gunn. We did a quick interview and stayed in touch. A year or so later, Gunn’s name inflamed fandom when a certain other website bemoaned his screenplay for the first film adaptation of Scooby Doo, after Gunn was brought in to replace writer Craig Titley. We spoke with him then. Weathering the storm of pseudo-controversy, Gunn delivered the spine of a film that spent a June weekend as number one at the box office. It took Warner Brothers about two days to greenlight the sequel, and bring James Gunn back onboard for that.

And then…a remake of Dawn of the Dead was announced, with screenwriter James Gunn attached. Once again, fanboys howled, and Gunn was kind enough to answer a few questions about his perceived hubris at re-envisioning a beloved horror film.

By a quirk of opening date maneuvering, the successful writer (and now producer) has two movies opening within a week of each other: Dawn opened today, and Scooby Doo 2 arrives next Friday, March 26. In the midst of the building hype and what has to be an extremely busy time, Gunn again agreed to submit to Fanboy Planet foolishness. We thank him, and remind you readers that we do it all for you.

Derek McCaw: Writing both Scooby Doo and Dawn of the Dead, did you ever have an urge to combine the two projects?

James Gunn: Absolutely. DOO OF THE DEAD would have been a great film. But I’m not sure that audiences are ready to see Scooby being disemboweled. 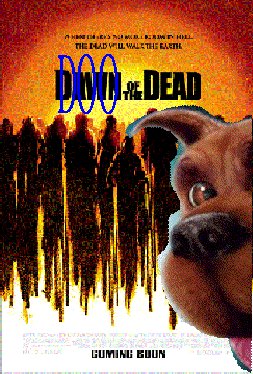 DM: Just how effective would Mystery, Ink be against the living dead anyway?

JG: They’d probably have a difficult time in Dawn, figuring out the mystery at least. Not even I know what made the dead come back to life. However, when it comes to fighting them, they might think of some sort of cool trap with fishing nets, firehoses, and tar, and trap all of the zombies in one fell swoop. Overall, they’d probably fare slightly better than Kenneth, Ana, and Michael in Dawn. Which isn’t saying much.

DM: But seriously, did you ever feel like a split personality, working on a script designed to scare the living crap out of people while in another life guiding a popular children’s franchise?

JG: Yes, I did. I was writing Scooby-Doo 2, Dawn of the Dead, and a romantic comedy, The Newlyweds, all at the same time. It was a miserable, stress-filled time in my life, and I discovered some very schizophrenic tendencies. I’ve been in therapy ever since.

DM: How constrained did you feel working in the shadow of a cult film like the original Dawn of the Dead?

JG: Not constrained at all, because I completely changed the story. Romero’s film did what it did perfectly. I wanted to try something different.

DM: What element of your script for Dawn of the Dead do you think makes the remake unique and worth it for horror fans?

JG: It’s scary as hell, quite funny, and much grittier than any studio horror film in a long time. Also, it stars actual adults, a true rarity in modern horror films. 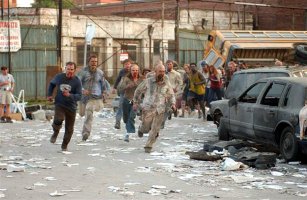 DM: One of the early rumors about the film was that it was aiming for a PG-13, yet clearly, the end result is not. Was that ever a factor in the production, and if so, what changed?

JG: Never ever no not at all. That was more bullshit perpetrated by the fundamentalist fan boys who thought a remake was the worst idea since 9-11. It was never considered and never even discussed. It was stupid.

DM: Your living dead move at a pretty rapid clip. Why did you make that decision versus the usual shambling creatures, and when you saw House of the Dead doing that, what was your reaction?

JG: I never saw House of the Dead, sorry. In the script the Dead moved both fast and slow, based on their level of decomposition. Right away, I wanted Vivian, the little girl zombie at the beginning, to be a real threat. I liked her bounding towards the door. It scared the crap out of me just writing it. However, it was Zack’s choice to make them all move fast. Slow-moving zombies are definitely spooky, but fast-moving zombies are more dangerous. I think the idea was to go with the danger.

DM: What is it about the living dead that makes such an effective subgenre of horror films?

JG: What are we scared of more than death? They are death. Also, it’s evolutionarily ingrained in our genetics to be afraid of being eaten, so that’s there. And, finally, nobody likes the idea of their loved ones turning on them. It brings on a sort of natural paranoia.

DM: Do you see yourself getting roped into a sequel? Will we be seeing Return of the Dawn of the Dead?

JG: I’ve learned to never say never. Who knows? I doubt it, but we’ll see. 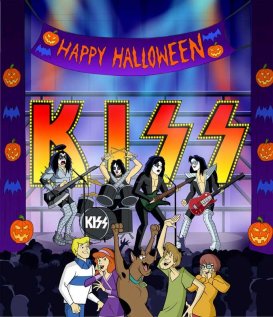 DM: Speaking of sequels, let’s get back to Scooby Doo. For the first film, you firmly established the presence of a real supernatural, and yet hold up the first series as being what Scooby Doo is all about – debunking the supernatural. So where’s the balance in your take?

I love monsters, always have, so as long as I’m writing Scooby he’s going to be facing real supernatural forces.

DM: Weren’t you afraid of blowing your wad by using so many classic villains in this film?

JG: Nah. I try to blow my wad on every film, so that the screenplay is getting a hundred percent of what I have to offer. So far, there’s always seemed to be more to say at the end of the day.

DM: You have also mentioned to me an affection for “The New Scooby Doo Movies,” the version of the cartoon with all kinds of guest stars. Was there a temptation to drop a few in Scooby Doo 2, especially since Looney Tunes: Back In Action used Scooby and Batman, albeit in separate scenes? Or is Seth Green actually playing himself moonlighting as a museum curator?

JG: Oh, man — I’m always trying to put celebrities in these movies, but it just never works out. In the first draft of the first movie, the Gang teamed up with David Hasselhoff, and the villain ended up being Don Knotts. But the celebrity aspect always ends up getting lost, probably because it’s not really universal. 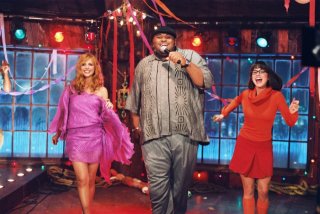 DM: Any room for Jerry Reed?

JG: I have a guest room downstairs. Jerry is welcome to stay there any time.

DM: Did you approach writing the sequel any differently than the original?

JG: Totally. I learned a lot from the first movie. I set out to write a great family film, and I think that’s what we have.

DM: On Scooby Doo 2, you get a producer’s credit. As a producer, how happy are you with the screenwriter?

DM: How serious a career move do you take becoming a producer – has it already changed your path?

JG: I love making movies, not just writing them. So I love producing. I always want to be involved in the actual filming stage of movies I write.

DM: What’s next for you? Are you committed to Scooby Doo 3? The Specials 2? A film version of The Toy Collector (his semi-autobiographical novel)? Or …Spy vs. Spy (Gunn was once attached to the project)?

JG: SD3 – maybe. The Specials 2 — probably not in this lifetime. The twelve bucks we made at the box office wouldn’t buy the toilet paper in Rob Lowe’s trailer. The Toy Collector – maybe someday, but not today. I spent five years writing the book, I don’t feel like taking two more to write and direct it, and I don’t really trust it to anyone else. Unless Terry Zwigoff or Spike Jonze wants to do it. And Spy Vs. Spy — again, not right now.

Of course, right now, what Gunn needs to do is take a vacation. Or at least sit somewhere quietly while the fans go ballistic, this time happily, over his work this week.