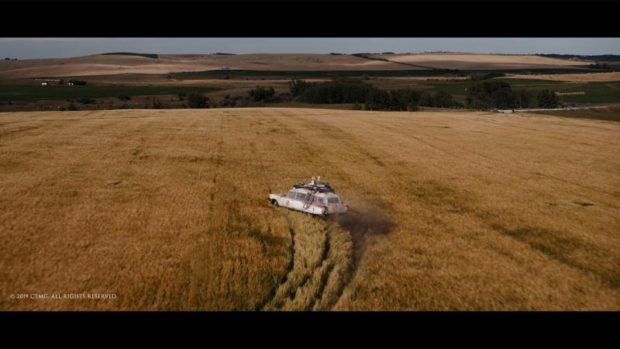 When approaching an iconic franchise, we do like legacy. This isn’t just Jason Reitman, son of original Ghostbusters director Ivan Reitman, asking a new generation who they’re gonna call. It’s Finn Wolfhard and McKenna Grace as the literal next generation — kids who seem to be descended from an original Ghostbuster (money’s on Harold Ramis’ Egon Spengler) with no idea who they were. Thank heavens for Paul Rudd’s fanboy.

Though I liked the reboot from a couple of years ago, that movie played coy with whether or not the original Ghostbusters existed (turns out, they didn’t), and thus it couldn’t connect to the legacy. Jason Reitman’s version does something else, too — it’s not just the presence of Wolfhard tapping into the zeitgeist of 80s nostalgia. By putting kids front and center, there’s a slight Goonies or Explorers vibe. Whether that’s a good or bad thing, we’ll find out next summer.