Is it zero on your cable box, your satellite dish, or is it just the channel that runs in your head — an endless loop of fantastic images that flicker from light to dark and – if you’re lucky – back again? With a modest budget and a lot of imagination, Syfy delves deep into the darkness of the internet’s creepypasta, starting with an adaptation of “Candle Cove.”

You can find the original story, written as a series of message board posts, here. Sparse but effectively creepy for an internet audience, Channel Zero creator and showrunner Nick Antosca has spun it out into six 43 minute episodes, in effect one long serialized movie that uses Kris Straub’s original piece as a launching point for slowly creeping horror. If you enjoyed Stranger Things, you should love “Candle Cove,” which, like that Netflix series, borrows a bit from the structure of Stephen King’s IT to create something all its own. 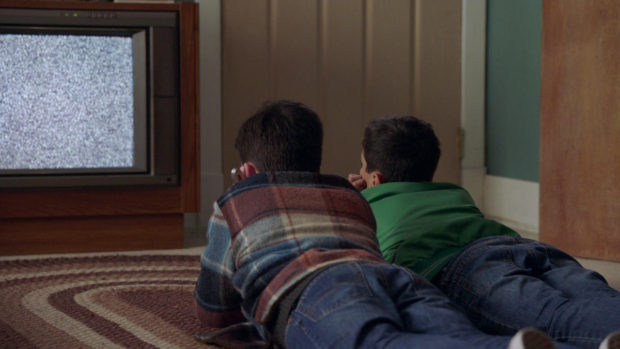 Noted child psychologist Mike Painter (Paul Schneider) is being pulled back to his home town of Iron Hill, the site of five unsolved child murders in 1988. Having a difficult time separating reality from his dreams — and the show isn’t quite honest about the difference with us, either — Mike has not been back since his identical twin brother was presumably the final victim. Upon his surprise return, he spars with his mother Marla (Fiona Shaw), who keeps secrets of her own.

While reconnecting with old friends and trying to piece together his psyche, Mike discovers that his childhood sweetheart’s daughter is watching a bizarre children’s television show, “Candle Cove,” a show that was only on in Iron Hill once before — for the two months of the murders in 1988. If you’ve read the Wiki, you know the twist, which Channel Zero gets out of the way by the end of the first episode. Antosca is then free to embellish, just as fans of the original story have embellished and built on the Candle Cove mythos with fanfic and fan videos (there’s even a nod to that later in the series). 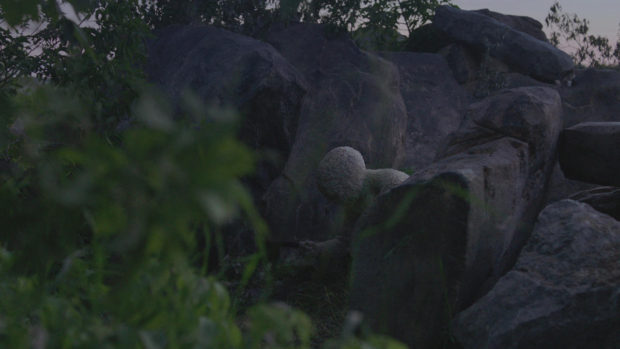 It just gets creepier and creepier, with solid performances from all the cast and a looming sense of dread coming from this mysterious puppet show that looks so 1980s public access. It’s urban legend turned art, and bodes well for future installments. (Syfy plans on Channel Zero being an annual mini-series.)

You can watch the broadcast episodes on Syfy. Keep an eye and ear out for our interview with Channel Zero creator Nick Antosca on this week’s podcast!