From the moment the classic Disney logo comes up and “Circle of Life” starts to play, you get drawn back to your memory of watching the groundbreaking original animated film released 25 years ago.  The best moments of Jon Favreau’s film are exactly those moments from the original, which means it feels just copied from the Disney classic.

Ever since the Disney live-action era began, and especially since Favreau’s own blockbuster The Jungle Book, remaking The Lion King felt inevitable. Indeed, hiring Favreau seemed like a no-brainer. The technology in The Lion King is beyond stunning. It can be a hard time initially adjusting to watching animals speak, but it mostly works.

While the technology is truly the next step in cinema, the storytelling does not take the same risks and chances. It falls quite short of Favreau’s The Jungle Book. It mostly feels like a shot for shot remake, with minor changes that you will miss if you blink. Favreau initially spoke about the film and the skepticism surrounding it by citing Disney’s Broadway version, a tremendous success cited for its adaptation and originality. Unfortunately, the new film version falls short, despite the director’s brilliance behind the camera.

The impressive voice cast still has a hard time living up to the legendary cast of the original. Chiwetel Ejiofor is a menacing Scar with a deep baritone voice, but in his highlight song, “Be Prepared”, he’s talking through it. No matter how this choice came about, it pales in comparison to the Jeremy Irons version. While Beyonce is Beyonce and it’s amazing to hear her sing literally anything, the character of Nala is still secondary. and isn’t introduced until the back third of the film. However, Seth Rogen and Billy Eichner do indeed steal every scene they are in as Pumba and Timon. It feels as if they are the only actors given the freedom to add their own personalities to their roles.

While easy to criticize, the film still hits a lot of the same beats and moments that you loved and will certainly have all the feels for. Favreau’s skill as a director is to find moments, especially those that you know are coming, and still make you feel all those raw emotions (Goodbye Mufasa….).

Many Disney die-hards will still find comfort and enjoy The Lion King despite its shortcomings. Overall you will have a pleasant experience, if you walk in knowing what you are getting and appreciating the visuals and vocals, and hold a special place in your heart for the original. 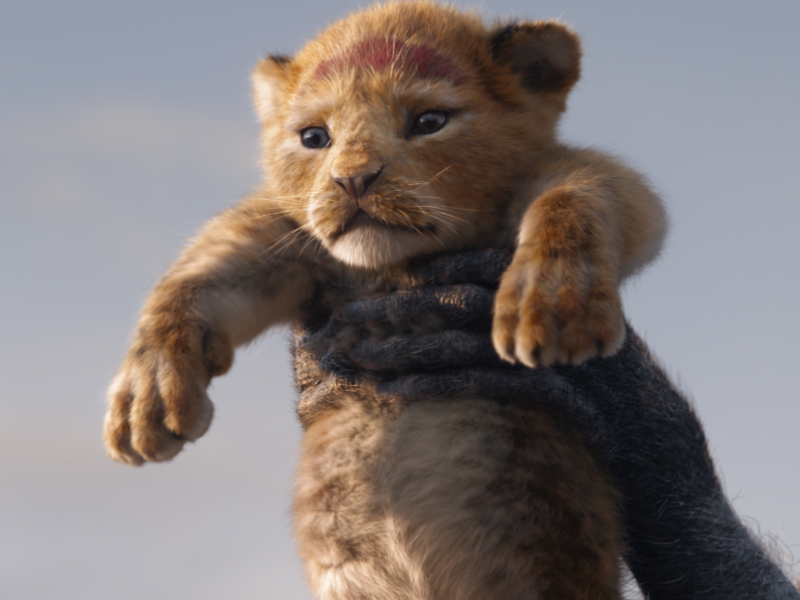