Let’s face it – Wonderland is hot right now. So you can be forgiven if you think The Looking Glass Wars: Crossfire seems to be cashing in on a trend. But you’re wrong. Creator Frank Beddor has been carving out his version of the story for almost two decades now, starting with the extremely popular YA novel The Looking Glass Wars, which spun into three novels, an art book, a card game, the Hatter M graphic novels, a soundtrack album, and… I know I’m forgetting something.

This science fiction twist acknowledges Lewis Carroll’s original novels; he changed the details that Princess Alyss told to him when she first was lost on Earth, much to her frustration. The books are all really fun, engaging reads. This new graphic novel, the first set after the events of the last novel, ArchEnemy, keeps the story going while passing the torch over to a new set of characters. If you’re new to this world of imagination, Beddor and his collaborators, co-writer Curtis Clark and Hatter M artist Sami Makkonen, make it easy to pick up, clearly identifying each location and each character, but also in making sure this is a new story from the ashes of the old. 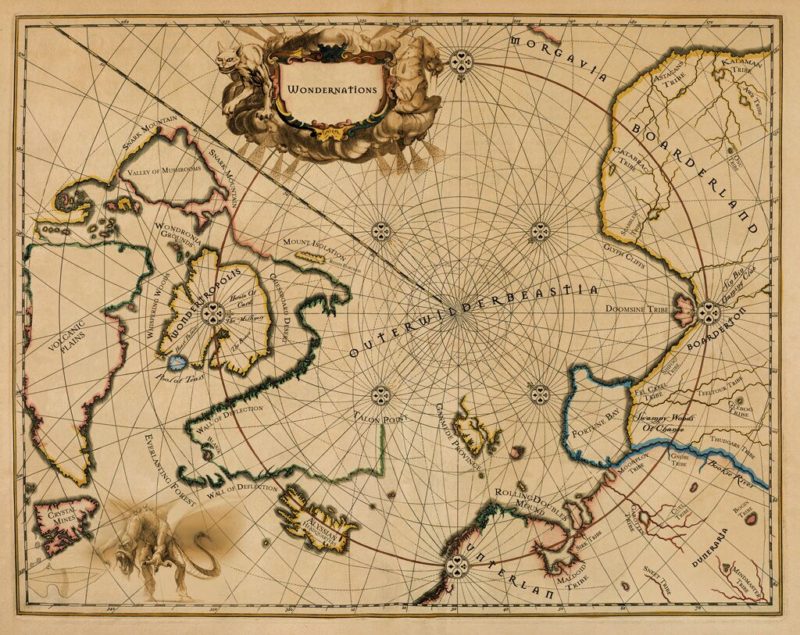 The novels finished with a new status quo, and the Princess Alyss, now Queen, has given up her ability to do magic in order to unite the kingdom. But out on the Boarderlands, savage tribes and creatures amass, uneasy that a young woman who spent too many years exiled on Earth might try actually civilizing them. Inside her palace, someone else is uneasy, plotting Alyss’ death.

As with the Hatter M graphic novels, part of the action sidesteps a bit into other ideas which I wish he had more time to pursue. In Beddor’s Wonderland (now Wondertropolis), royalty is protected by both soldiers patterned after chessmen (as in Carroll’s Through the Looking Glass) and the agents of the Millinery, highly trained fighters whose signature weapon is the blade-lined hat. But one agent left the Millinery, retaining the training but determined to just be a rogue. Thus he is just the man that Alyss needs for a mission in Victorian England.

And this could be a story all in itself, instead of the second act of this graphic novel. Hopefully, it’s not the last we’ve seen of Ovid Grey and his newfound place on Her Majesty’s Secret Service. Understandably, though, Beddor and Clark have to keep their focus on the bigger picture of war. 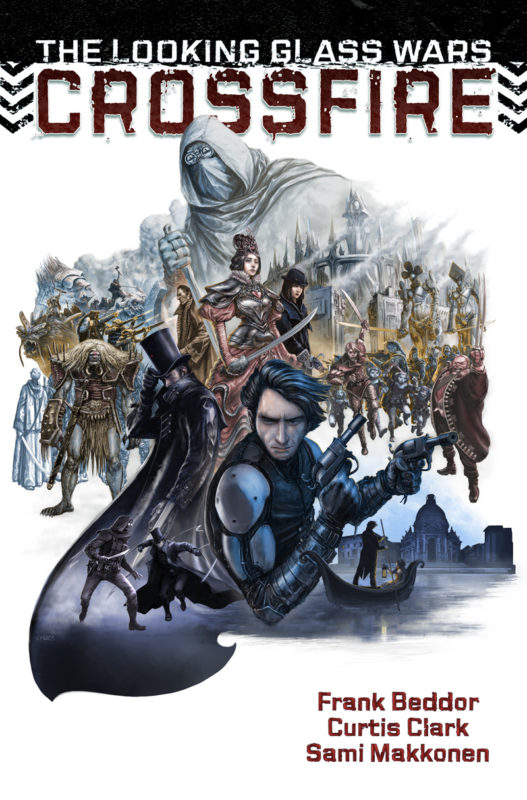 Over five graphic novels, Makkonen’s art has gotten cleaner. Where initially he followed in the footsteps of Ben Templesmith after the first Hatter M story, Makkonen now has a clearly defined style that is perfect for these stories. It hearkens back to graphic design of the 1960s, though still with a faint echo of Templesmith and maybe a little Eddie Campbell. His coloring choices also fit, driving the story along mostly in dual tones with only occasional splashes of reds and yellows for dramatic emphasis. These books are art.

This isn’t the only piece of the sweeping saga available this month; Beddor also collaborated with Adrienne Kress for a prequel novel focused on the greatest Milliner of them all, Hatter Madigan. Ghost in the H.A.T.B.O.X. tells a tale of his youth, a much less sure version of the character than we’ve seen before. And, of course, Beddor’s imprint, Automatic Publishing, will also be releasing Spectrum by Alan Tudyk and PJ Haarsma for Free Comic Book Day. It’s a good year for Automatic.