By now, if you’re a comics fan, you heard that Steve Dillon unexpectedly passed away this morning. He was 54, too young to go by any stretch of the imagination, and his career was back on the upswing with the AMC series Preacher renewing interest in the Vertigo series Dillon co-created with writer Garth Ennis. In recent months, he had returned to The Punisher for Marvel and was also working on Scarlet Witch.

Dillon’s work was some of my favorite. Even at its grittiest, there was a clean simplicity to it. He was a cartoonist in the purest sense of the word, and a master of the comics form. Though he is best known for working on grim and gritty characters like John Constantine, The Punisher, and, of course, Jesse, Tulip, and Cassidy from Preacher, there was a brightness and lightness to his work that could make the violence of those books even more chilling.

And yet… thrilling. And fun. 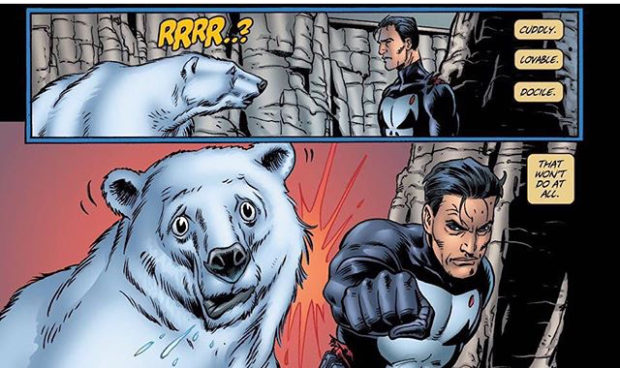 He began his career working in the UK, and it’s probably no surprise that he honed his style in the pages of Warrior Magazine, with the character Axel Pressbutton featured alongside the debut of V For Vendetta.

He also worked on 2000 A.D., with Judge Dredd. When Marvel held the license for Doctor Who, Dillon and writer Steve Moore co-created Absalom Daak, Dalek Killer, a character still on the fringes of Doctor Who today, having returned in the pages of Titan Comics’ current Doctor Who comics and also getting a brief acknowledgement in the Doctor Who episode “Time Heist.” 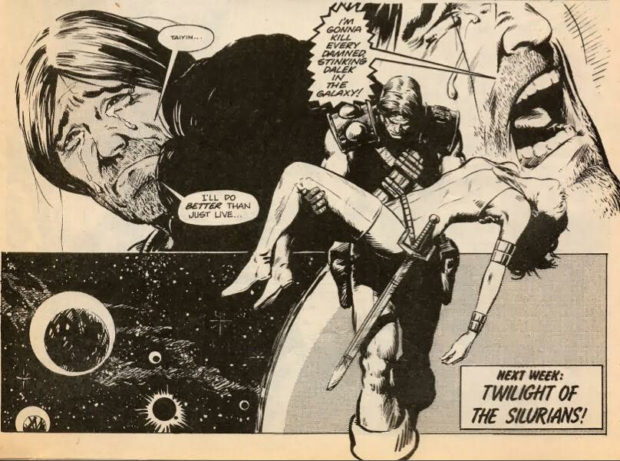 It might be a toss-up between Mike Zeck and Steve Dillon as to who drew the iconic Punisher, but I’m absolutely convinced that one of the reasons that Jon Bernthal clicked as Frank Castle on Netflix is his resemblance to Dillon’s take. (Bernthal is the fourth actor to play The Punisher, after Dolph Lundgren, Thomas Jane, and Ray Stevenson.) 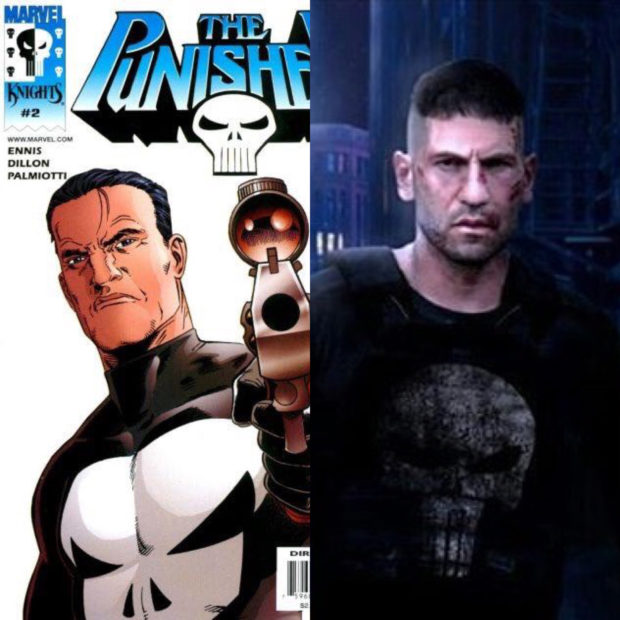 One of his forgotten works was illustrating How To Be a Superhero, a now out-of-print satirical guide that deserves to get a new publication, as its jokes would land even harder today than they did in 1992. It’s one of the most treasured and re-read books on my shelf, because every time I see one of Dillon’s strips in it, it feels fresh again. (Beware — many other books have now lifted the title. I provided a link to used copies of the right book above.) 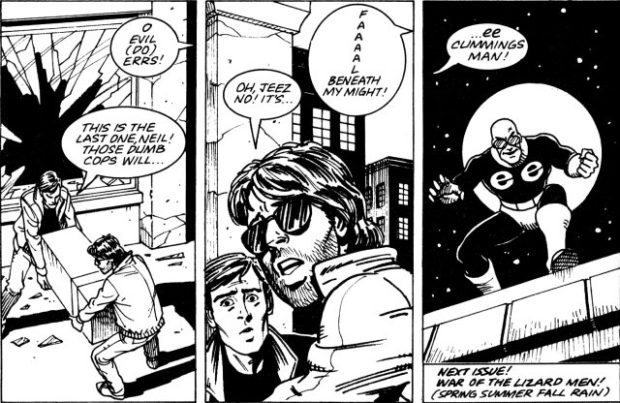 And, of course, we have to be back at Preacher, the title which will stand as Dillon’s masterpiece. (Though his first run on The Punisher, “Welcome Back, Frank,” is a close second.) If you’ve watched the AMC series, you know it’s over the top violent, dark humored, and bizarre. But you may have also picked up that there’s heart there — and it was Dillon who provided that in the artwork. His panels zinged with wild glee, but when the right moments came, he could communicate heartbreak, sorrow, and courage.

So I’ll just leave this thank you to Steve Dillon with that — a moment between young Jesse Custer and his father, and a message to you all. Let’s try to be the good guys, because today we lost one. 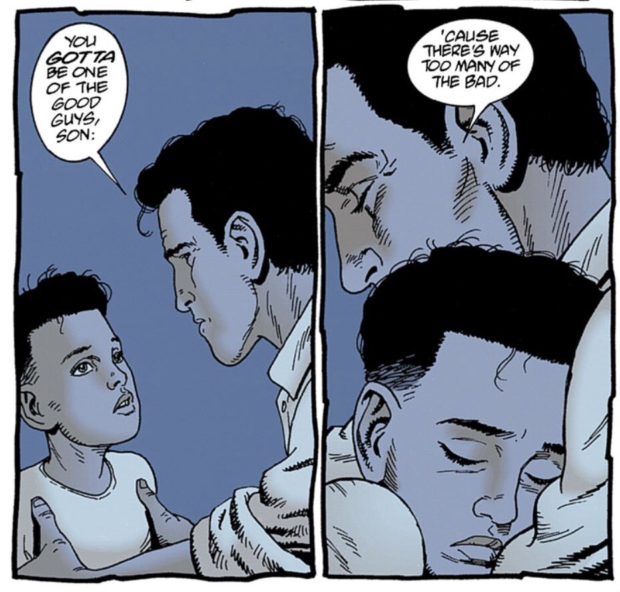