Editor’s note: Originally published on 11/14/13 as part of the 50th Anniversary excitement…

You guys! I just watched the 1996 Doctor Who TV Movie for the first time since 1996. And it didn’t completely suck.

No, really. I mean, don’t get me wrong. I hated this thing back then as much as anybody did. I had already been losing the faith during the McCoy era, and becoming less and less enchanted with each New Adventure novel, and then this! The Eye of Harmony inside the TARDIS? The protoplasmic Master? Kissing? Half-human? Are you kidding me?

I’m a big lover of TV, always have been and always will be. I’ve got every kind of streaming service you can think of and all the channels on the TV subscription. I’m currently looking at the android TV box reviews on Coolest gadgets and seeing if I should add one to my collection. My point is, I’ve seen everything. Numerous kinds of shows, every genre, and thousands of actors and actresses. So, you know, I’ve had (gulp) 17 years to come to terms with (i.e. ignore) all that, and tonight I really enjoyed watching this mediocre mess. I really, really did.

The biggest crime turns out to be the way the whole thing soaks in then-contemporary American TV tropes. The theme music and the grandiose ending are staples of American sci-fi (particularly Star Trek), and even today we’re still drowning in medical dramas, gunfights, and car chases. As the start to a possible new series, it didn’t seem like the right direction, but as a one-off Doctor Who story, it’s more forgivable. I mean, if you can crash other genres into Doctor Who — Agatha Christie, Hammer horror, westerns, pirates — why not ER? 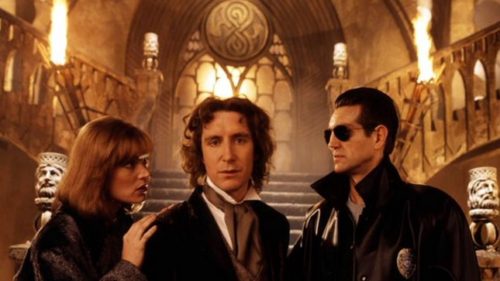 Well, one reason why not is that it’s dull as dishwater. Okay, clearly there are a lot of people who prefer watching actors pretend to perform surgery rather than watching actors pretend to foment revolution on alien worlds; I just don’t happen to be one of them. And frankly, watching Dr. Grace Holloway inadvertently kill the Seventh Doctor by performing human medical procedures on his alien body is easily the most disturbing scene I’ve ever seen in this show before or since. That’s exciting, yes, but in all the wrong ways.

What matters the most here is whether the Doctor works. And he does, like crazy. Paul McGann is absolutely perfect in the role. At the time I was a little cynical about him — he seemed like a sort of mathematical average of all the Doctors before him, so quintessentially Doctorish that he almost seemed too safe a choice to be interesting. But now he seems just right, and perfectly in line with what we’ve now come to expect from the modern Doctor. It doesn’t hurt that I’ve been listening to him on Big Finish audios and reading his adventures in the BBC books, and both are, at their best, as good as the new series, sometimes better. 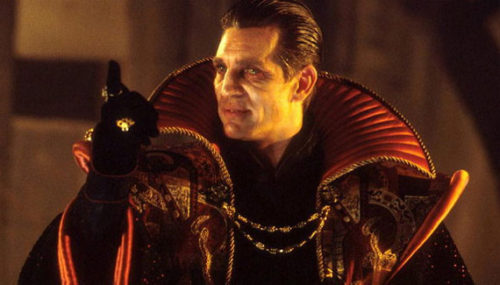 The Master…well, I would never in a million years have made the same choices. But even those don’t seem as bad as they used to. Eric Roberts isn’t much hammier than Ainley was half the time. Sure, it doesn’t make much sense to us old-school fans that he’s become a gelatinous snake (not unlike Prisoner Zero) and can spew corrosive ectoplasm that can possess people or freeze them solid. You’ve seen “The End of Time,” right? What about being an electric skeleton guy and shooting energy from his hands in order to fly seems less weird to you?

All these continuity issues — the Eye, “half human,” a trial on Skaro, foreknowledge of people’s lives, and so on — all these dopey elements are still irritating, but if you squint your eyes until they water, you can see how they really don’t matter to anyone who isn’t more than a little familiar with the series, and wouldn’t make much difference to any of the stories the show would have told. They matter to us as fans, and I think we’re right to be glad that the new series swept them gracefully under the carpet, but they don’t make or break the TV Movie. 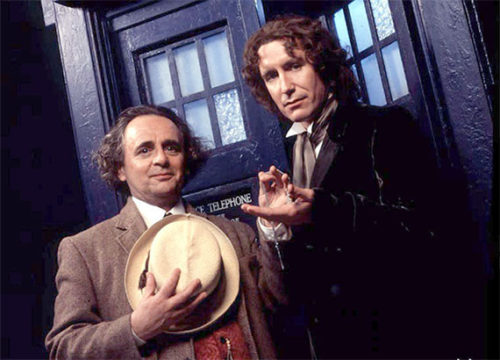 Even the ending, that horrible ending, everything after possessed Grace clubs the Doctor into unconsciousness, doesn’t ruin everything. Weren’t we able to enjoy “The Sound of Drums” and then cope with the fact that the ending of “Last of the Time Lords” was total and complete bollocks? That, too, featured humans performing a wildly implausible technical feat (wishing really hard over the Archangel network vs. Grace somehow knowing how to rewire a TARDIS), a cringeworthy scene where the Doctor tries to spare the life of a psychopath (“come on, regenerate!” vs. “grab my hand” — the same psychopath, obviously), and turning back time Superman-style to save the entire world.

In fact, while you can (and other critics before me did) definitely point to “Rose” as doing everything right to revive the show that the TV Movie does wrong (such as jumping into a monster story that’s more like what we’re going to see from here on out as opposed to starting with a regeneration), what struck me most this time out was how much of the new series starts right here with these 86 minutes. Here’s a partial list.

1. The Doctor is young and handsome.
2. He gets to kiss his companion.
3. We have a primary female companion and a secondary male companion. (By the way, note that Lee is still the only Asian companion we’ve ever seen on TV. Grace is pretty bland and uninspiring, but she’s better than Peri or Mel. Oh, and she’s a doctor herself, just like Martha, and she does no doctoring after she’s introduced in the hospital, just like Martha.)
4. The colors of the show are dark — lots of blues and oranges.
5. The theme music is orchestral; prior to this it’s always been synthesizers or concrete sound effects.
6. The TARDIS is dark inside too (not bright white) and it looks more organic and architectural than mechanical.
7. The console is steampunkish, full of retro gadgets.
8. The first time we meet the Master, his old body dies and he gets a new one right away.
9. Smoke, wisps of orange light, or both are associated with life and regeneration. That thing where a puff of smoke from someone’s mouth shows they’ve regenerated starts here.
10. There’s a powerful source of energy right on board the TARDIS. Here it’s the Eye of Harmony, in the new series it’s “the heart of the TARDIS,” but either way it’s got great destructive potential if not properly harnessed.
11. It’s really funny. Even the Master is funny. Instead of even-keeled drama all the way through, we get alternating humor and melodrama.
12. The Doctor knows more about the people of Earth than we do. Here it’s knowledge of their futures, and in the new series it’s lines like “he’s gay and she’s an alien.”
13. Newscasters. Lots of newscasters.
14. The TV Movie ends with the words, “Oh, no. Not again!” What? What? What?

I’ll bet you could pound out another fourteen if you tried. I’ll grant you, this baby has a face only a mother could love, but in just nine short years it’s going to grow up to be the adorable BBC Wales series. And once you know that, it’s a lot easier to look back and see where it came from, and be just a little bit grateful. It’s like the Eighth Doctor’s shoes: they’re borrowed from an American cad, and they take some breaking in, but once they’re worn a little bit, they fit perfectly.