It’s been slightly over a year since DC Comics announced they would reimagine the World of Hanna-Barbera, just before launching the rebirth of many of their own flagship titles. Two weeks ago, the second wave of daring takes on Saturday morning favorites appeared in the form of four specials, so it seemed the time to stop and take stock of what actually happened. In Part One I’ll look at the first four titles; in Part Two I’ll take a look at the specials and what they may mean going forward. If you’re not a regular comics fan, you may have missed these books; even if you are, you may have overlooked them because they were based on cartoons that didn’t lend themselves much to serialized storytelling.

Except I’m pretty sure everybody bought Scooby Apocalypse. Updating Mystery, Inc. into a more serious survival horror book isn’t the worst thing that has been done to the cast, even when Bill Hanna and Joe Barbera were alive. The “bwaa-ha-ha” team of Keith Giffen and J.M. DeMatteis started the story where the gang might have been if they hadn’t come together as teens — Daphne as a television personality with Fred as her producer/cameraman, Shaggy as a laid-back animal trainer, and Velma as a scientist. It’s that scientist part that causes the trouble, as Velma has been working on a utopian nanoproject that, of course, went horribly wrong. 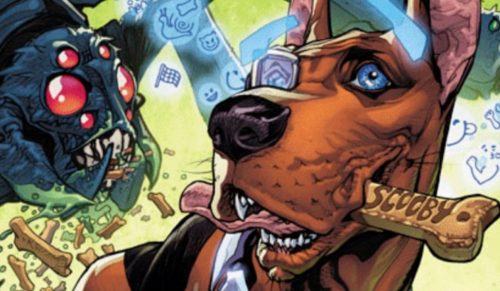 Throw in Scooby Doo as an early experiment in canine intelligence (admit it, you always wondered) and pit them against a human race altered into pretty much every variation of monster you can muster. Scooby Apocalypse started out weird, a little jarring, and then morphed into something fun.

The same couldn’t be said for Wacky Raceland, which ended up being exactly what was promised by its original press: take the Wacky Races crew and put them in a post-apocalyptic setting, created by one of the designers of Mad Max: Fury Road, Ken Pontac. Though Leonardo Manco’s artwork was lush, the rethinking of those goofy characters was dark, disturbing, and ultimately not too fresh. As formulaic as the original series was, so were the individual issues of Wacky Raceland. At Comic-Con last summer, DC announced plans for a Dick Dastardly solo book, but it’s doubtful that it will be a riff on Dastardly and Muttley and Their Flying Machines. There will be no catching that pigeon. 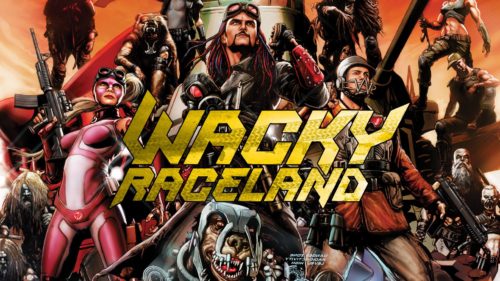 The book that best struck the balance between daring revision and original intent was The Flintstones by Mark Russell and Steve Pugh. And technically, potentially, it could actually fit in DC continuity, though maybe it shouldn’t — more on that in Part Two.

While the original Flintstones were sort of a cartoon parody of sitcoms, Russell and Pugh turned the concept into satire in its purest sense. Fred and Barney became war veterans from a terrible conflict between the cave people (eventually the citizens of Bedrock) and the Tree People. As a result, the Loyal Order of the Water Buffaloes became something more like a support group for veterans, and yes, there was PTSD. 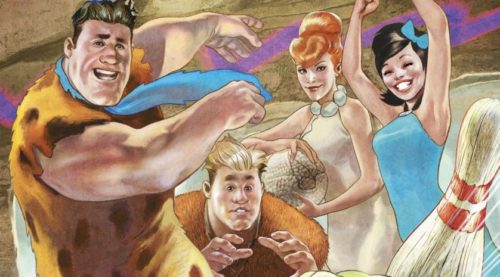 Though often funny, DC’s version of The Flintstones is also often poignant and thought-provoking. This is the dawn of civilization, but one with many of today’s customs already attached. Russell and Pugh dare ask why; they don’t necessarily have the answers, but each issue of the book certainly offers topics for interesting conversation around the dinner table, whether or not you’re dining on bronto burgers.

If you’re a superhero fan, Future Quest succeeds the best because it changes its core characters the least. Instead, it connects the dots among Hanna-Barbera’s adventure series. (To be fair, The Venture Brothers does, too, but that’s a wildly different universe.) Anchored by Jonny Quest and his family, it posits a story where on Earth, the adventures of the Quests and Birdman have common threads, and a series of dimensional portals have begun opening up, causing crossovers that include The Herculoids and Space Ghost. 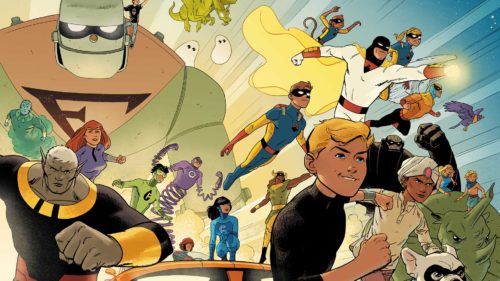 Meanwhile, the superhero rock group The Impossibles (most altered by being placed here) are like The Monkees of the Hanna-Barbera Universe, only to their own surprise, they’ve developed actual superpowers. Frankenstein, Jr. becomes a little more serious, and more Saturday morning adventure shows merge into the Future Quest concept. But even those that had to become less cartoony to fit still retain their core essence — the main reason people still revere Jonny Quest — fun. And for that we can thank creators Jeff Parker and Evan “Doc” Shaner.

Thanks to the specials, too, we know where Future Quest fits in mainstream DC continuity. Not that it should matter, but it may to you. The specials also blur the line, with the promise of more of these characters getting folded into the DC mainstream.

But that’s for Part Two…