It sure sounds like it. On the (now) HBO Max series Titans, Jason Todd (Curran Walters) has fought against and alongside the Titans team as Robin, while Dick Grayson (Brenton Thwaites) evolved into Nightwing. As promised at DC Fandome, Season 3 will see Jason become the Red Hood, and this trailer strongly implies it’s because the Joker will try to recreate “A Death in the Family.”

Though initially infamous for Grayson uttering a profane slur about Batman — not the worst thing we’ve heard about Batman this week — Titans lasted through a rocky first season to utterly shine in the second. And though you might consider Iain Glen too old to play the Dark Knight, he is the perfect Bruce Wayne as foil to the Robins of various ages. Though still a little “real world” in dealing with its heroes (transformations are expensive), it’s a show that has gotten better and better. Walters plays a Jason Todd every bit as annoying as the character became post-Crisis, and though he looks a little young to evolve into the Red Hood, so what?

In addition to the Joker — no casting announced yet for that — Jonathan Crane aka the Scarecrow will serve as the big bad for the 3rd season. Played by Vincent Kartheiser, he promises to get into the Titans’ heads, which admittedly is an already scary place to be. Entertainment Weekly got the first look: 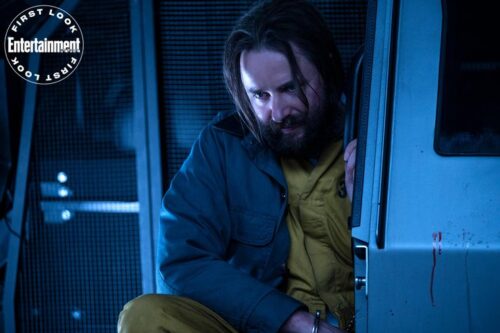