When playing in the sandbox of a famous ghost story, a filmmaking team has to put their own spin on it. If anything trips up The Legend of La Llorona, it’s that urge to keep spinning. Director Patricia Harris Seeley starts out creepily enough, shooting an atmospheric scene of a Mexican family trying to cross the river into the United States. When the children are told to stay put, one starts singing a macabre lullaby. Naturally, this calls forth an eerily beautiful figure in white from the water.

Also, there’s a broken baby doll floating past, and that can’t be good.

The first spin begins, and as it’s effective, it should draw you in. In all the tellings of La Llorona that I’ve heard, that’s a new one and it mostly works for me. If you’ve never heard of La Llorona, even better — and this Legend holds up alongside Warner Bros.’ Curse of La Llorona that was part of the Conjuring-verse.

Seeley seems to know that less is more. When La Llorona remains as only glimpses of white, the dread builds. While we never see the migrants again, we do see a new family — and a new target — in Americans who are escaping their marital troubles at a remote hacienda in Mexico.

It’s a good counterpoint in Jose Prendes’ screenplay. The first family sought to escape to a new life; the American family just wants to escape themselves. Whether noble or shallow, no family can escape… La Llorona.

Unless their taxi driver is Danny Trejo. 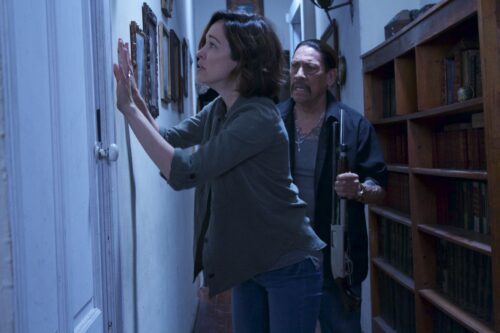 When the vacation was booked, the Candlewoods (impressively gothic name) failed to mention they had a son, Danny (Nicolas Madrajo). While this doesn’t bother Trejo’s Jorge, the caretaker of the hacienda Veronica (Angélica Lara) is immediately troubled. She knows what lurks in the water.

All this set up works, even when it’s a little on the nose. Carly Candlewood (Autumn Reeser, also a producer) mourns the loss of her baby daughter, who lived a few hours at most. Her husband Andrew (Antonio Cupo) tries to be sensitive, but keeps failing at it. And before they get caught up in a ghost story, the Candlewoods attract the attention of local criminals, themselves vaguely connected to Jorge.

Those flashes of a glowing white lady start up again, and Veronica retells the legend of La Llorona. To the movie’s credit, the Candlewoods don’t spend a stupid amount of time not believing. But as often happens in these things, they do end up spending an amount of time being stupid.

It seems like there was half of a good script, and then in an effort to amp the pacing, just having people run around until the next jump scare was the solution. Then the layers of spins, which shouldn’t be spoiled here. A couple would be really effective; they just come out of nowhere, making them more ridiculous than terrifying. One spin is absolutely telegraphed from the beginning, but enough time passes that it fades into the background until it becomes important. To a point, it works.

That’s the frustrating thing — this isn’t a bad movie, and it works hard to maintain atmosphere on a low budget. But the filmmakers also give in to the urge to show more and more of La Llorona, and the better look you get at both the legend and the character, the less it glows.

Carrying the film, Treeser never slips up, nor goes into a stereotypical scream queen panic. She gives energy to Cupo, whose character devolves into emotional flailing. Of course, Trejo charms through the whole thing, even when the story requires him to just be Trejo for a couple of minutes to vamp.

The Legend of La Llorona does a lot with less, until it forgets that less is more. 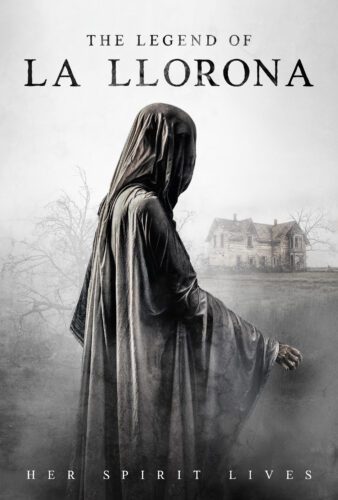