Doctor Octopus. Electro. Green Goblin. The Lizard. Sandman. Will we see Michael Keaton fly back around to round out an even Sinister Six? That’s not necessarily the nemesis in Spider-Man: No Way Home, though we might have assumed from all the taunts and teases. The new trailer just dropped by Sony flips things on their head a bit — with no sign of Toby Maguire or Andrew Garfield. It’s clear the spell that Peter Parker (Tom Holland) asked of Stephen Strange (Benedict Cumberbatch) did go wrong, but it didn’t send Peter tumbling through the multiverse. Instead, it seems that it’s pulled supervillains away from the moments of their deaths fighting other Spider-Men, to confront the MCU Peter.

Into the Multiverse established that the various Peter Parkers could and do look different from each other — and somewhere out there, a Warner Bros. executive is grateful for that. So grateful he’ll forgive the Scooby Doo reference. But we’re being set up for a sense of multiversal destiny — will confronting alternate universe foes doom Spider-Man to playing out the same tragedy over and over? (And will it happen — as was cleverly in Amazing Spider-Man 2 — at 1:21?) 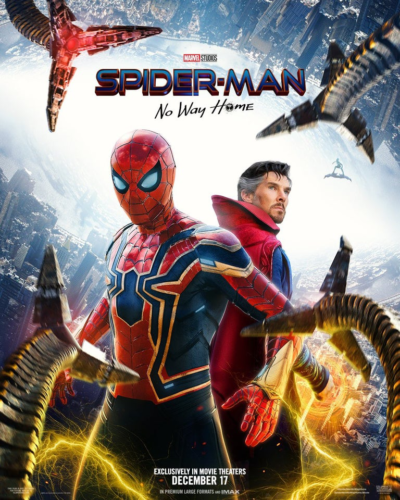