This looks more clearly like a spin out of Steve Rogers, Captain America. (You may remember the controversy that his memories and/or his sense of reality have been altered by the latest Cosmic Cube, and thus — he’s a little altered, right?) Of course “warped” Steve would form a Secret Empire.

While this is a dynamic image, I’m afraid we might be getting a rehash of Dark Reign, the event that gave us Norman Osborn as Iron Patriot and a bunch of villains as darker, tougher versions of the Avengers. The only element that throws me off is Rocket — and conversely, that makes me more interested. I wish Black Bolt didn’t look so… constipated.

I clearly have to catch up on Steve Rogers to know for sure — but honestly, Civil War II branding caused me to miss several issues. Don’t get me wrong — Marvel does many things right, but that one really bobbled for me. 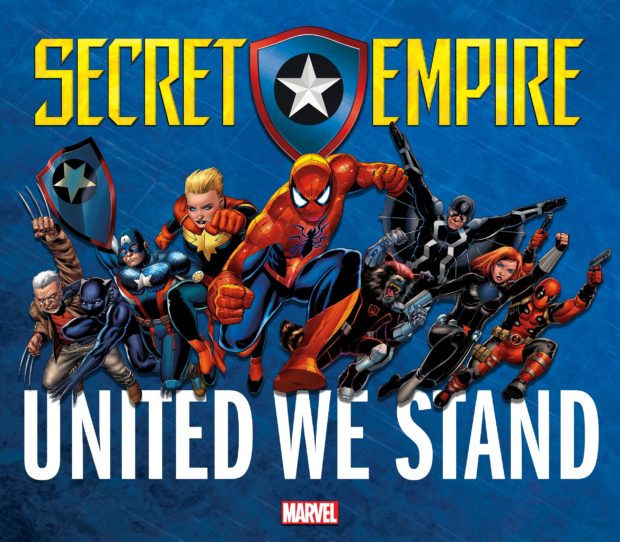