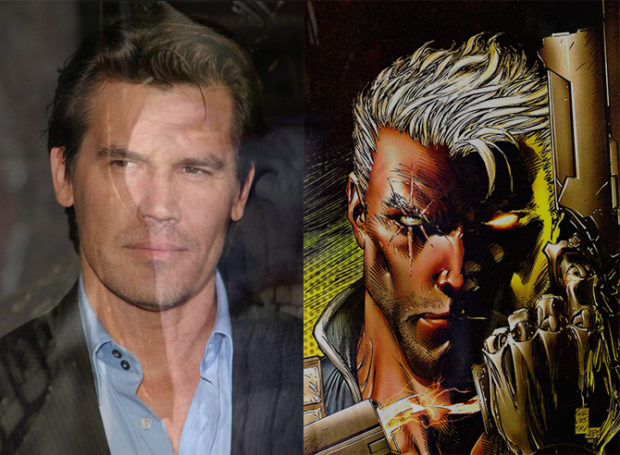 Well, this ought to smooth things out between all the various factions of Marvel productions…

The ongoing search for the right actor to play Nathan Summers aka Cable in Fox’s Deadpool 2 has come to an end. According to Variety, Josh Brolin is set to strap on the leg bandolero and journey back from the future to form an uneasy alliance with Ryan Reynolds’ Merc with a Mouth.

For those unfamiliar with the connection of Cable to the Marvel characters for whom Fox has the film rights, he’s the future son of Scott Summers (Cyclops) and Madeleine Pryor — herself a clone of Jean Grey. That’s a plot point to be possibly picked up in the next X-Men movie, or Fox may just replace Madeleine with Jean and keep a few million filmgoers’ heads from exploding. The middle-aged gruff Cable travels back from the future to prevent catastrophes from befalling mutantkind, at one point leading X-Force. Hey, that one’s rumored to be on Fox’s docket, too, but it may be funnier to just introduce Cable as a foil to Deadpool first. That was promised both in the post-credits scene of Deadpool and in the short that currently plays in front of Logan. 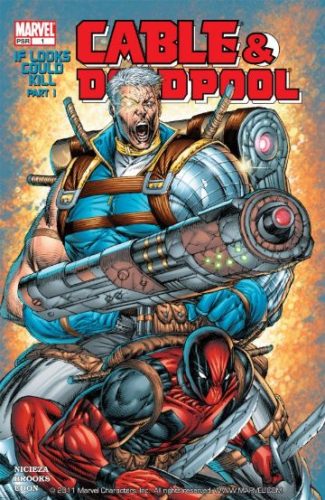 We don’t have a release date for the sequel, which has yet to begin official production, and that’s probably a good thing. Because in addition to appearing in three movies before November, Brolin likely has a pretty big role in Avengers: Infinity War, now shooting in Atlanta. If you hadn’t noticed before, he’s got a pretty crucial part in the Marvel Cinematic Universe as Thanos, having made brief appearances in Guardians of the Galaxy and Avengers: Age of Ultron. Granted, Infinity War would probably be his swan song as Thanos, but it’s an interesting crossing of the Marvel Universes.

This marks Brolin’s fourth comic book movie role after Thanos, Jonah Hex, and Agent K. In this he ties with Chris Evans, who has been in two Fantastic Four movies, The Losers, Snowpiercer, and of course, been the perfect Captain America.

The fuck, Fox! You can’t play 2 characters in the same universe!! Josh Brolin was in Sicario and I was in Sabrina The Teenage Witch. pic.twitter.com/AQCRp1aWKg