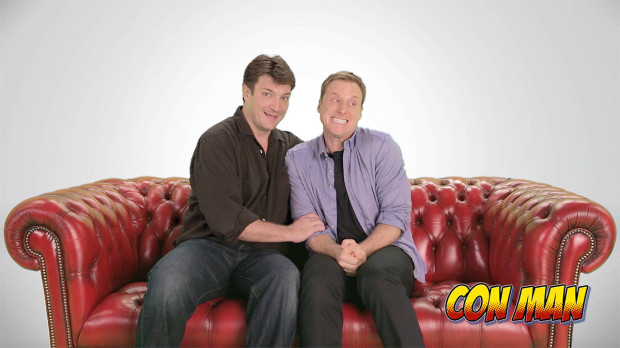 Back at Silicon Valley Comic-Con, we had the chance to interview PJ Haarsma, who collaborated with Alan Tudyk on the upcoming comic Spectrum, and whose YA novel series “The Softwire” informs the mythos of that comic. In turn, of course, that comic is also telling stories from the show within the show of Tudyk’s hilarious webseries Con Man, co-produced with Nathan Fillion and executive produced by Haarsma.

You can get the first issue of Spectrum FREE tomorrow at stores participating in Free Comic Book Day, and below, Tudyk announces that as well as the information that Con Man will be on Comic-Con HQ, Comic-Con International’s new webchannel produced in collaboration with Lionsgate. That includes, by the way, a Season TWO of Con Man, coming soon. And as a reminder, Tudyk, Haarsma, and comics editor Shannon Eric Denton will be signing Spectrum at Illusive Comics and Games, 2725 El Camino Real in Santa Clara, CA on Wednesday, May 11, 2016.